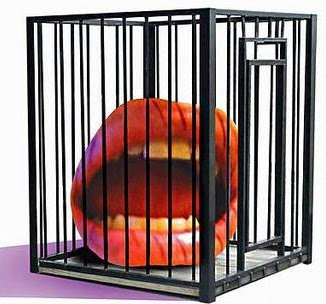 The Gazette June 29, 2010 - Last Thursday, RCMP handcuffed me on Parliament Hill when I approached supporters sent to Ottawa to support Chinese President Hu J intao, and banned me from the Hill for one year. They said they were concerned for my safety.

I understand their concerns. I wish the RCMP and Canada's government were as concerned for the safety of people in China, where millions of people daily experience horrible abuses. Having been through China's prison myself, I wanted to tell those supporters some messages that the Communist Party never tells them. I wrote down a website address, boxun. com, where they could read the stories of other Chinese who suffer abuse. These supporters are, as is much of the Chinese community in Canada, brainwashed by the Chinese ministry of propaganda which controls the majority of Chinese newspapers in Canada as well as Chinese websites, like www.comefromchina.com,one for Chinese living in Ottawa. The website rules said violating China's law is not tolerated. Messages supporting Tibet or the Falun Gong, for example, are deleted.

What Canadians don't realize is that the signing of the Canada-China trade agreement is part of China's systematic, long-term, camel-into-the-tent strategy to establish a solid base of support among Chinese living in Canada. It also sponsors a variety of student clubs, business clubs, and even kindergartens here. It is almost as though it is building a shadow government in Canada.

How much is Canada willing to compromise to trade with China? To please President Hu, Prime Minister Stephen Harper even cancelled the customary joint press conference with foreign leaders, to protect Hu from questions from critical media like the Epoch Times. Banning me from the Hill does not hurt me personally; however, I fear this might become part of an overall political compromise of Canadian democratic principles in exchange for selling some beef to China.