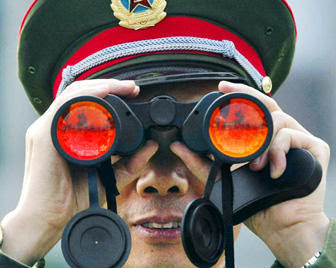 Now you see it, now you don’t.

A Chinese documentary that showed off the military’s ability to conduct a cyberattack against a U.S.-based site appears to have been removed from the Web site of state-run TV.

Meantime, Chinese officials are insisting that the clip was nothing but the workings of an imaginative producer.

The clip was part of a state-run documentary on cyberwarfare, and it appeared to show an unseen user conducting an attack on an Alabama-based Web site of the Falun Gong spiritual movement. At just six seconds, the clip offered what experts described as an uncommonly candid depiction of China’s offensive cyber-capabilities.

On Thursday, Internet users trying to find the documentary on the site of Chinese State Television would instead find the message “Error Page -- This page does not exist anymore.”