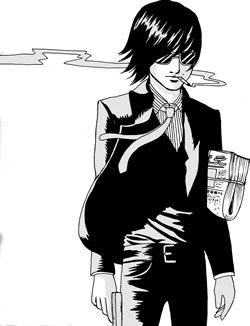 OTTAWA - Intelligence experts have warned that Canada can't be naive about Chinese espionage.

"Canada is a close ally of the U.S. and a member of NATO," explained J. Michael Cole, former Canadian Security Intelligence Service (CSIS) analyst and now deputy news chief at the Taipei Times.

"Intelligence agencies seeking to penetrate organizations like NATO will try to do so via the weakest link in the chain."

"It's well known from CSIS insiders that almost half of CSIS's resources are devoted to Chinese counter-intelligence exclusively and I would say we need more because clearly we're not on top of the situation," Burton told Sun News Network.

Last year, CSIS director Richard Fadden stirred up controversy when he spoke about concerns regarding politicians at various levels being co-opted by foreign governments.

He didn't name China specifically, but it's widely believed that's one of the five countries of concern to Fadden.

There are tried and true methods Chinese agents use to gain influence over a potential source of information.

"Wine and dine, and gradually find ways to compromise the target so that he or she can be blackmailed," Cole said, such as offering sexual favours to a politician, businessman, or even a journalist and secretly taping the encounter.

QMI Agency was first to report allegations from Beijing critic and Conservative MP Rob Anders that such methods have been used against Canadian politicians.

"I know MPs who have taken up those offers," he said in July 2010, adding some ministerial staffers have been compromised too.

While he doesn't paint all post-secondary students from China with the same brush, Cole said some could be used by Beijing.

"There are lots of self-initiated nationalist Chinese students who hack computers," he said. "Other students, known as 'professional students,' are guided by the CCP and asked to perform certain tasks when abroad."

The Association of Universities and Colleges in Canada reports roughly 16,000 full-time students from China are enrolled in this country's universities.

Citizenship and Immigration Canada says upwards of 50,000 are enrolled in Canadian colleges.