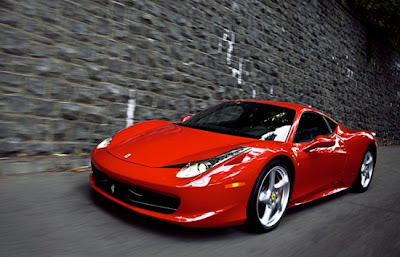 A fatal car crash spiralled into a microblogging sensation once China’s censors kicked in and raised suspicions...

Soon, entering the word “Ferrari” on Chinese websites brought you to a dead end familiar to most of the country’s 500 million Internet users: “According to the relevant policies and laws, the search results are not shown.”

After years of living behind the “Great Firewall,” those 13 words are now read by millions of Chinese as code for “there’s more to this story than we want you to know about.” (The same 13 words come up in response to thousands of other searches, including anything related to the 1989 Tiananmen Square crackdown, the persecution of the Falun Gong religious sect, and the Nobel Peace Prizes awarded to the Dalai Lama and Liu Xiaobo.) Why the secrecy surrounding the Ferrari crash? The assumption that quickly made the rounds was that the deceased young man must have been someone powerful, or at least someone with powerful connections.

As I’ve written before, anyone seen driving a Ferrari in the streets of Beijing is immediately presumed to be a member of China’s “princeling” class, the sons and daughters of the Communist Party elite. (Bo Guagua, the playboy son of fallen Chongqing boss Bo Xilai, has famously been spotted in the streets of Beijing behind the wheel of a red Ferrari, though his family claims he doesn’t own the car.) The fact that the Public Security Bureau refused to release the name of the dead driver, or any other details about their investigation into the crash, only heightened suspicions.

More at The Globe and Mail