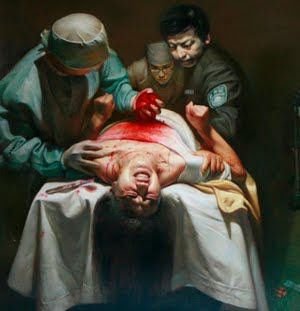 Epoch: China woefully needs organ donations. The country set up an organ donation system in March 2010 as a pilot project in 11 cities. The newspaper Beijing Today reported on M

arch 18, that, after an intensive one-year effort, the grand total of donations in all cities combined was 37. In Nanjing, though the Chinese Red Cross had 12 people working full time during the year encouraging donations, not one person elected to be a donor.

There are an estimated 1.5 million people in China who need organ transplants. The need for organs is dire.

Put the problem this way, it sounds bad enough. Yet, in fact, it is much worse. China is the world’s leading source of organ transplants, after the United States, transplanting at a rate of 10,000 organs a year.

Moreover, China is unique in the world for its short waiting times. Elsewhere patients wait months and years for organs. In China, patients wait days and at most weeks.

How is this possible without donations? The grisly truth is that in China organs come from prisoners. Everywhere else patients wait for donors. In China, those from whom the organs come wait for patients. When a patient shows up with the money to pay the huge Chinese hospital fees, a prisoner is killed for his or her organs.

This conclusion of sourcing of organs from prisoners comes not just from analysis of the evidence. The Chinese communist regime admits that it is so.

In July of 2005 Huang Jiefu, Chinese deputy minister of Health, indicated as high as 95 percent of organs derive from prisoners. Speaking at a conference of surgeons in the southern city of Guangzhou in mid-November 2006, he said that apart from a small portion of traffic victims, most of the organs from cadavers are from prisoners.

The Chinese Communist Party claims that the prisoners from whom organs come are all prisoners sentenced to death and then executed. David Kilgour and I have come to the conclusion, through reports released in July 2006 and January 2007, and a book released in November 2009, titled Bloody Harvest: The Killing of Falun Gong for their Organs, that the bulk of the prisoners killed for their organs are practitioners of the spiritually based exercise regime Falun Gong. Falun Gong practitioners are thrown into detention because of their beliefs, but do not receive court ordered death sentences.

There is a whole host of reasons, which rebut the Chinese regime’s claim that prisoner organs come from death penalty prisoners alone. One is simply the numbers.

When a patient shows up with the money to pay the huge Chinese hospital fees, a prisoner is killed for his or her organs.

Transplants require blood type compatibility between the person from whom the organ comes and patient. China does not have a national organ distribution system. There is no coordination among patients to receive organs from the same source. The death penalty law requires execution within seven days of sentence.

Switching in China from prisoners to willing donors requires overcoming the Chinese cultural aversion to donation. That effort has to come from the top.

Falun Gong is an outgrowth, a blending, of ancient Chinese exercise and spiritual traditions. That explains in part both its popularity and Chinese Communist Party aversion. In the memorandum from then Chinese President Jiang Zemin to the Central Committee of the Communist Party advocating the banning of Falun Gong, he wrote: “Can’t the Marxism our communists have, the materialism, atheism we believe in, really win over that suit of stuff aired by Falun Gong? If that were not the case, would not it be a thumping joke?”

David Matas is an international human rights lawyer based in Winnipeg, Manitoba, Canada. This opinion piece is a shortened version of a talk he gave at San Diego University on May 11.

Organ Harvesting in China
Posted by MaKina at 6:02 PM