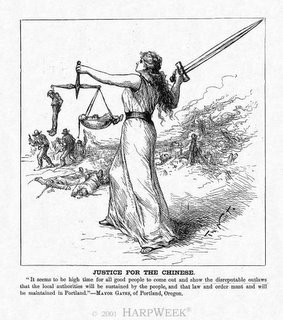 Support is extended to Dr. Li Yuan who was violently attacked by CCP agents in his Atlanta home a few days ago

Kyoto News: 9 Feb. 2006 - More than 100 people in China and a growing number overseas have joined a rolling hunger strike to protest a series of recent actions by the Chinese government against human rights lawyers and activists.

Sparked by the beating of Guangdong Province lawyer Guo Feixiong over the weekend, suspended Beijing attorney Gao Zhisheng posted a letter in the Chinese-language Epoch Times, an overseas dissident website, calling for the strike.

More than 100 people have since signed up for the strike in China, said participant Zhao Xin, operations manager of the Beijing-based Empowerment and Rights Institute.

An unknown number of supporters in Canada, Japan, Hong Kong and Europe are forgoing food to support the Chinese hunger strikers, Zhao said.

Starting Tuesday night, participants stopped eating for 48 hours, doing so in turns so someone is always on strike. Most Chinese participants are one-time government protesters, political activists, lawyers and writers. They are going about their normal business as they avoid food.

''The specific goal is very simple,'' Zhao said. ''That is to strongly demand that police and the mafia stop the violence, stop beating people.''

On Wednesday, Gao and Zhao took their case to a gate of the Zhongnanhai central leadership residences in Beijing. After about 10 minutes, police took Gao into custody and released him that evening. Zhao said he has been unable to use his mobile phone or Internet service since then. He was beaten by unknown assailants near a restaurant in Sichuan Province last year.

Would-be activist Hu Jia of Beijing has also been asked not to leave his home, affecting his daily routine, Zhao said.

A series of recent incidents prompted the strike.

On Jan. 17, Gao was nearly killed by a staged traffic accident arranged by plainclothes police in Beijing, his supporters say.

Also this month, blind human rights activist Chen Guangcheng has been kept under house arrest in Shandong Province, where he released information about illegal one-child policy enforcement practices. A witness told Radio Free Asia that 60 people, including police, were outside Chen's house with pipes and sticks.

Last Thursday, Guo was ''dragged'' out of a police station in Guangdong and beaten by several men in front of the officers, the Empowerment and Rights Institute said.

The hunger strike could last one or two months, covering the annual National People's Congress session in March, Zhao said. The campaign will end when the government makes a ''promise'' or ''statement'' on the issues central to the strike, he said.