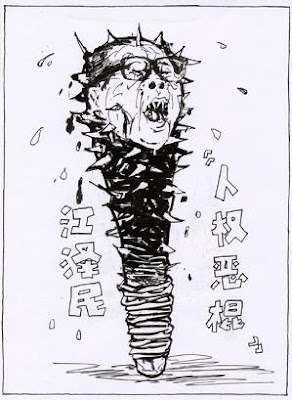 Canada Free Press: If rumors of former Chinese Communist Party head Jiang Zemin’s death prove true, in the coming days, the world’s media will debate his legacy. For hundreds of millions, Jiang will mostly be remembered as the architect of the most systematic, deadly, and protracted assault on Chinese citizens in decades: the persecution of Falun Gong.

With the man who unleashed a campaign of violence, lies, and mass arrests having left this world, his victims and many Chinese with a sense of justice are breathing a sigh of relief. Although his henchmen continue the atrocities, at least Jiang can no longer harm them. There is one less bit of evil in the world.

As a traditional spiritual and exercise discipline belonging to the Buddhist school, for the first half of the 1990s, Falun Gong quickly gained popularity in China after its public introduction in 1992, attracting “qigong” enthusiasts and those drawn to its moral philosophy based on the virtues of truthfulness, kindness, and forbearance. (more info) Indeed, Falun Gong enjoyed considerable official support from government and Communist Party officials, who saw it as a way to improve public health.

By 1999, estimates by China’s State Sports Commission put the number of Falun Gong adherents as high as 70 million people, exceeding the total membership of the Chinese Communist Party. (more statistics)

Although Falun Gong does not espouse any political ideology or aspirations, Jiang Zemin came to see Falun Gong as a threat to the CCP on account of its popularity, independence from the state, and traditional spiritual philosophy.

Thus, in the spring of 1999, Jiang almost single-handedly decided that Falun Gong must be “eradicated.” On July 20, 1999, he initiated a Cultural Revolution-style campaign of propaganda, book burnings, mass imprisonment and coercive “transformation” of Falun Gong practitioners.

According to various sources, Jiang took the campaign personally, almost to the point of obsession. In 2001, CNN’s senior analyst Willy Lam wrote that senior officials criticized Jiang’s suppression as a way “to promote allegiance to himself.” (news) In 2002, he reportedly issued orders to “shoot to kill” practitioners after Falun Gong practitioners tapped television broadcasts in Changchun to show images of their faith being freely practiced around the world.

The consequences of Jiang’s fateful decision in 1999 have been devastating. Hundreds of thousands—possibly millions—of innocent Falun Gong practitioners have been abducted from their homes or off the street, then illegally jailed in prisons and gulags, some for over a decade. Today, Falun Gong prisoners of conscience still comprise the majority population in many camps.

Under Jiang’s leadership, the Communist Party sanctioned the systematic use of violence and torture against Falun Gong adherents in order to force them to recant their practice of Falun Gong (see Washington Post’s “Torture is Breaking Falun Gong”). Electric batons, sexual abuse, and injections with psychiatric drugs have become routine, leaving untold numbers of people permanently scarred, disabled, or insane. These tactics have led to 3,400 confirmed deaths. The real toll is likely many times higher, amidst evidence of Falun Gong prisoners being killed on demand to supply China’s organ transplantation industry. (report)

As Jiang and the CCP leadership have gone about executing the campaign against Falun Gong, they have developed and refined an array of repressive mechanisms. Since 1999, the Communist Party has expanded the network of gulags, rewarded torturers with promotions and bonuses, and created an extrajudicial security force called the 610 Office. It has honed its misinformation and propaganda skills, neutered the judiciary, and created the most expansive system of internet censorship and surveillance in the world. Though originally designed to target Falun Gong, these tools are now being used against a wide range of Chinese citizens.

In response to Jiang’s role orchestrating the attempted eradication of Falun Gong, he has been the target of dozens of international lawsuits. In 2009, courts in Argentina and Spain indicted Jiang and other top Communist Party leaders on charges of genocide and crimes against humanity. (more info)

But Falun Gong practitioner around the world hope that it opens a new opportunity for people in China to follow their conscience and stop the killing.

More at FDIC
Posted by MaKina at 8:04 PM