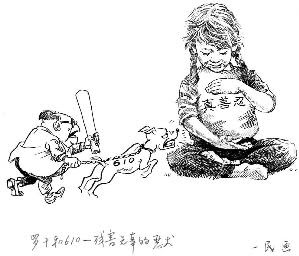 Rumors of former Chinese Communist leader’s death have been censored, but not refuted

Jiang was almost single-handedly responsible for the largest persecution in recent Chinese history, that against the Falun Gong spiritual practice. The panoply of brutal and extralegal techniques expanded in that campaign have been steadily incorporated into the state's treatment of all undesirables over recent years. More at Epoch Times