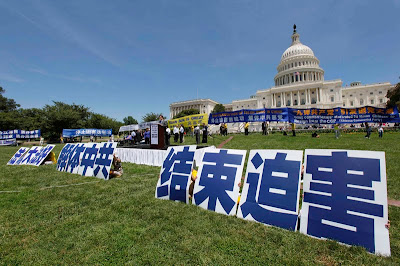 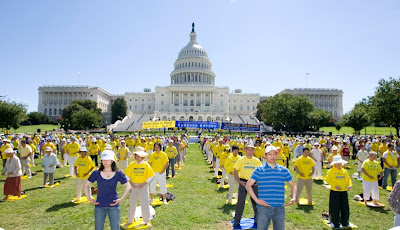 Introduced just in time for the 12th anniversary of the Chinese Communist Party’s egregious campaign of human rights violations against Falun Gong practitioners in China, Resolution 232 offered by U.S. senators is calling for the persecution to end.

S. Res. 232 condemns the CCP’s brutal repression against the spiritual discipline also known as Falun Dafa, which is based on the principles of truthfulness, compassion and forbearance.

Co-sponsored by Robert Menendez (D-NJ) and Tom Coburn (R-MD), the resolution was drafted by Menendez’ staff, based on H. Res. 605, which passed near-unanimously in March of 2010.

The bipartisan resolution calls upon the Chinese Communist Party to 'immediately cease and desist' from its campaign of brutal repression against Falun Gong in China. ...More at the Epoch Times
Posted by MaKina at 3:53 PM