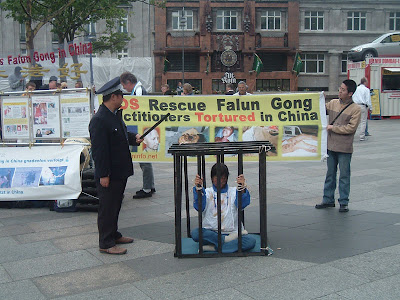 “My cousin Yu Han is a very kind man,” Zhi said. “He shares his experience of practising Falun Gong, and let people around him know the truth about Falun Gong and the persecution.”

She said he was arrested in the middle of the night by more than 10 police officers and has been held in jail since June 13 without any visits from family.

Falun Gong – also called Falun Dafa – is a Chinese spiritual discipline that incorporates meditation and simple exercises. The communist government in China outlawed the practice of Falun Gong in 1999 and people who have continued the discipline or spoken against the ban have been imprisoned.

As minister of Foreign Affairs, Baird will travel to China between July 16 and 20. Zhi and other Falun Gong practitioners are calling on Baird to make a public statement on the crackdown on followers of the discipline while he is in China. More at Your Ottawa region