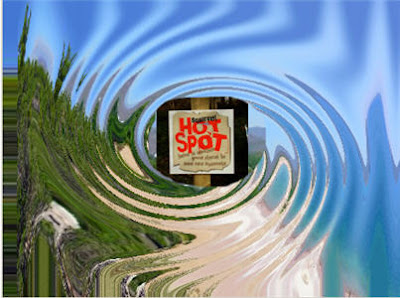 CFP and MWC: Falun Gong: Victims of the Chinese Communist regime's influence in CanadaAs victims of the Chinese Communist regime’s influence in Canada, Falun Gong practitioners’ experience in the past 11 years corroborate with the general comments of Mr. Richard Fadden, director of CSIS on foreign influence, and also match the patterns and tactics described by Mr. Chen Yonglin, a former Chinese diplomat.

In 2005, Chen Yonglin, First secretary and Consul for Political Affairs, defected from the Chinese consulate in Sydney and exposed the Chinese regime’s mandate for all Chinese embassies and consulates worldwide, to influence government officials, mobilize Chinese students and the Chinese community, and control the Chinese media to influence public policy on China.

Chen revealed that the tactics include putting pressure on the officials of various western governments and exchanging political benefits by economic means. He stated that one of the most effective methods used to develop influence over political leaders is to provide them with all-expenses-paid travel to China and lavish entertainment while they are there. This method is common to all Chinese foreign missions in the West.

He stated they also regularly promoted the private business ties of some Australian political leaders, state and federal MPs, and members of local councils.

He also said, “The control of the overseas Chinese community has been a consistent strategic objective of the Chinese Communist Party so as to penetrate into the mainstream of the host country. It’s not just in Australia. It is done this way in other countries like the U.S. and Canada, too.”

More testimony from Mr. Chen can be found in the Affidavit (available upon request).

Some explicit examples in Canada are as follows:

In May this year, media reported [1] [2] that the Mayor of Ottawa, Mr. Larry O’Brien, upon returning from a business trip to China, refused to proclaim Falun Dafa Day as he had done in previous years because he said he “made a commitment.” It was construed that he made a commitment to Chinese officials during his trip to China. City council later bypassed the mayor to proclaim Falun Dafa Day.

In 2009, at the Montreal Caribbean festival, Falun Dafa’s Tian Guo Marching Band was invited to join the parade. However, then Montreal City Councillor Mr. Marcel Tremblay asked the president of the festival to kick out the band right before the parade. The president refused. Mr. Tremblay had been an active participant of Chinese embassy-organized/participated events including some propaganda show [3] about Tibet denounced by many.

In 2005 the Globe and Mail detailed extensively how [4] the City of Toronto and many councilors are being targeted by the Chinese consulate and its agents to follow the Party line on how Falun Gong and other groups unfavoured by the communist regime should be treated in Toronto.

Chen Xiaoling, the Chinese consul general in Toronto, wrote to all 44 city councilors, including Mayor David Miller, threatening the city to comply not to hold a Falun Dafa Day. She wrote that if the motion is passed it “will have a very negative effect on our future beneficial exchanges and cooperation.” The motion did not pass.

In 2007, the mayor of Port Alberni proclaimed Falun Dafa Day, and then he received a letter from the Chinese Consulate General spreading hate propaganda towards Falun Gong and asking him not to proclaim Falun Dafa Day in 2008. Since then, the mayor has stopped issuing the proclamation.

These examples showed us a serious cause for alarm for all Canadian citizens that our cherished democratic values, freedom and principles of Canada can be eroded and sacrificed by foreign influence.

Similar situations have taken place around the world.

The unanimously passed U.S. 304 Resolution [5] calling on the Chinese regime to end the persecution and interference in the U.S. from Chinese officials.

Another example [6] is happening right now in Germany where the German authorities are investigating a spy with links to the Chinese regime who was caught spying on Falun Gong.

A clear example of the mobilization of students by the Chinese embassy occurred right on Parliament Hill on June 24 during Hu Jintao’s visit to Canada. Students, paid and bussed from different cities, appeared to be holding a welcome activity for the Chinese leader, but actually they were there to target other Canadians.

First secretary Liu Shaohua from the education department at the Chinese embassy was caught on tape telling Chinese students that they were going into battle against Canadians who sought to bring awareness to the horrific human rights environment in China during Hu’s visit. Yuan Pinghua, another organizer, continued: “Now in a word this is like waging war, so today we are mobilizing for war, having all of you raise your guard.”

It is unconscionable for a repressive government to use the freedom of a democracy to project abroad its persecution of its chosen victims. Democratic values do not require tolerance of this sort of behaviour.

When Mr. Fadden exposed this issue, he in fact raised awareness of a threat that could seriously harm Canadian sovereignty and democracy if left unchecked. Actually, Canadian democracy is under subtle invasion from a totalitarian regime. This is the core issue deserving attention.
Mr. Richard Fadden has done a formidable service to Canada by bringing these threats from foreign regimes to the attention of the Canadian people.