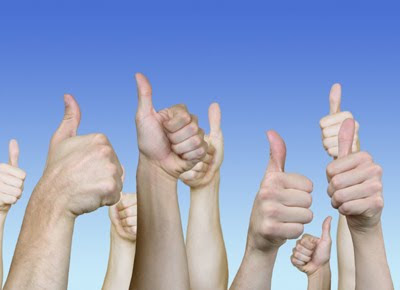 To intelligence officers, it is called “foreign influenced activity”—FIA. The law books call it manipulation that is “detrimental to the interests of and . . . clandestine or deceptive or involve(s) a threat to any person.”

Either way, it is a direct threat to the constitutional order of Canada, and Canadians should be grateful to CSIS Director Richard Fadden for saying as much in his recent televised warning.

Those who find his portrayal that Canadian politicians are being used as pawns by foreign government agents of “influence activity” overblown may not understand its insidious possibilities. Or why Parliament specifically named FIA in the CSIS Act as one of only four defined threats to the security of Canada.

Fadden’s alert came to this: there may be Canadian municipal politicians, provincial cabinet ministers and perhaps some bureaucrats operating under the influence and control of foreign countries.

Fadden is worried because FIA is the jujitsu of intelligence assaults. “Influence ops” use a country’s own system of governance against it. Such operations enable foreign operators to secretly mould Canadian policy and decision-making to accommodate alien and possibly hostile interests. In the process, this activity menaces the principle of national sovereignty, democratic accountability and, in an age of strategic threats and mass terror, public safety.

Yet FIA can be among the most subtle and versatile of ventures known to the clandestine realm.

Foreign governments and entities launch influence operations for many reasons: to bend trading partners’ policies in their favour, or undermine opponents’ security and defence, for example. This manipulation classically involves an elected or appointed Canadian official knowingly working to the advantage of another country for a variety of reasons. East bloc intelligence defector Stanislav Levchenko enumerated those reasons long ago, in his famous acronym MICE: money, ideology, compromise and ego.

None of this is new to Canada. Think of the Soviet KGB handler’s ecstatic message to his agent, Laval University professor Hugh Hambleton, when the latter’s big Canadian International Development Agency job came through: “Your reports are appreciated. In your new position for the Canadian government you can perform a great service as a policy-maker.” Needless to say, the contemplated policy-making “service” wasn’t to Canada’s benefit.

No wonder the Russians reportedly pressed the prof to get a job at the Department of External Affairs and run for Parliament, where the policy-making prospects would have been up Moscow’s alley.

The vistas of FIA are endless. Take the hypothetical 20-something special assistant to a federal cabinet minister responsible for, say, trade relations. A foreign intelligence service might, through friendship or otherwise, encourage the assistant to lobby the minister for trade concessions running contrary to Canadian workers’ interest. Or, with the right access, a direct relationship might be struck with the minister, the better for him to represent the foreign country’s views in cabinet. Jobs and balance of trade could be jeopardized.

Imagine a nuclear specialist with a remit for Iran in Canada’s atomic regulatory sector. The specialist could advise technically-unsophisticated policy-makers about technology transfers that could safely be made to nuclearweaponizing Iran.

And then there is . Fadden rightly signalled that China is a major problem in the foreign-influence department. In Canada, Beijing spies, bullies recalcitrant Canadian Chinese, funds “spontaneous” pro-Chinese demonstrations, and otherwise interferes in our democracy. It seduces politicians, public servants, academics, lawyers and other professionals with ego-boosting, expense-paid China tours and free—albeit wired—accommodation. All this, to buy access and influence. And there are indications that they’re getting it.

Some current and past Department of Foreign Affairs’ officials sit happily on the board of a major China-connected trade organization, their internationalist consciences un-niggled by China’s harvesting of Falun Gong practitioners’ organs. Given current benefits and future considerations, we should ask how such extracurricular involvement translates when bureaucrats and politicians go back to the office, build policy and hire future bureaucrats. The fact that some prominent beneficiaries of these networking systems graduate seamlessly into “consulting” in China, should be a big concern to the citizens they supposedly serve.

Then there was the former member of Parliament and earnest defender of democratic Taiwan’s independence. After a few too many Mainland boondoggles and hostesses, the MP suddenly embraced Beijing’s Taiwan-destroying “One China” policy, pressing this on Canadian ministers and officials.

Does Canada have the equivalent of the cashiered Afghan official who allegedly accepted multi-millions to—as Christopher Hitchens put it—“steer an enormous copper-extraction deal to China, a country whose resource imperialism is already a disgrace everywhere from North Korea to Darfur?” Hard to guess. But it will be worth watching the future career paths of Canadian ministers, officials and lobbyists who secured exceptional approvals from Ottawa for recently-announced extraction deals with Beijing-backed companies.

Fadden’s initiative has been followed by confusion about its timing and prime ministerial support. Sensing weakness, several politicians and opinion-makers—including a noticeable complement of Chineseconnected ones—have burst into hysterical ferocity, defending what they are pleased to regard as their honour. And perhaps other interests.

Even the diversity racket pitches in. Playing the “racism” trump, a voice or two from at least one publicly-supported immigrant settlement organization that is heavily dependent on Chinese , claims absurdly that Fadden’s remarks interfere with “integration.” Guiltifying spectres are conjured from wartime Japanese-Canadian internment, plus generations-old images of Chinese immigrants without voting rights. “This type of allegation, then, true or untrue, is just not helpful,” a settlement lobbyist told the appreciative Vancouver Sun.

Someone missed the memo from Han Guansheng, the Chinese Security Bureau defector who pinpointed Canada as the country most riddled with Chinese spies.

Will the pleading backfire and encourage more questions about how our elites govern, and what they do in their spare time? One thing is certain. Where our country’s self-determination is at stake, Canadians must not allow shrill, hurting—and possibly heavily vested—individuals to bury what has taken so long to bring to light.

A lawyer with 30 years in intelligence affairs, David Harris is director of INSIGNIS Strategic Research Inc, has consulted with intelligence organizations in Canada and abroad , and served with the Canadian Security Intelligence Service in 1988-90.