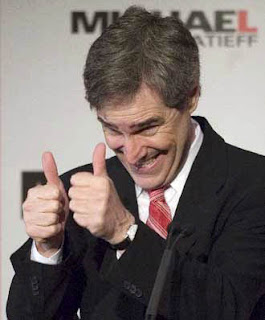 Epoch Times: TORONTO—Zhou Yongkang is not a name often in the news, unless your news diet includes a regular helping of Chinese state-run press. But on Monday, Mr. Zhou, who holds authority in the Chinese Communist Party for politics and law, managed to gain two separate mentions in the western media.

First was news in the New York Times and Forbes that under Mr. Zhou’s purview a U.S. citizen had been sentenced to eight years in a Chinese prison for purchasing a database of Chinese oil wells on behalf of the American consulting company that employed him.

Jon Huntsman, the U.S. ambassador to China, called for the release of Dr. Xue Feng, who was charged under a vague state secrets law and has reportedly been tortured during the two-and-a-half years since his arrest. Critics called the ruling “baffling” and politically motivated.

Second was a news release from the Liberal Party of Canada saying that as part of his trip to China this week Canadian opposition leader Michael Ignatieff would be sitting down with Mr. Zhou for a chat Tuesday morning in Beijing.

That prompted Epoch Times journalists to ask what exactly the Liberal leader planned to discuss with Mr. Zhou, who currently holds no position in the Chinese government itself but has earned a remarkable reputation as the heavy hand of the communist party.

As the minister of public security between 2002 and 2007, Mr. Zhou was responsible for the controversial security measures that included rounding up suspected dissidents and detaining them in the lead-up to the 17th Party Congress and Beijing Olympic Games.

“We must strike hard at hostile forces at home and abroad, such as ethnic separatists, religious extremists, violent terrorists, and ‘heretical organizations’ like the Falun Gong who carry out destabilizing activities,” Mr. Zhou was quoted during preparations for the Olympics. An excerpt of his speech appears on the top of an Amnesty International appeal.

Similar tactics are said to have been employed again ahead of the Shanghai World Expo that is now underway.

What’s more, Mr. Zhou advocates “striking hard” at these groups not only “at home,” but “abroad” too. Mr. Zhou was accused of having been behind a pro-Beijing mob that accosted and in some cases assaulted Falun Gong protesters in New York’s Flushing Chinatown for weeks in 2008.

The Epoch Times pointed this out to Mr. Ignatieff’s office, noting that he was preparing to meet Mr. Zhou just 10 hours after CSIS head Richard Fadden had testified in Ottawa on the topic of foreign interference in Canada.

Ignatieff's office did not directly address questions sent via email this week both before and after his meeting with Zhou. Tibetan exiles in Canada are among those looking for answers.

As the communist party secretary for Sichuan Province between 1999 and 2002, Mr. Zhou earned the nickname “human rights killer.”

Exiled Tibetans have gathered 40,000 signatures on petitions bearing Mr. Zhou’s name, calling for the release of Tenzin Delek, a Tibetan community leader arrested under Mr. Zhou’s watch in Sichuan and given a heavy sentence eight years ago.

Mr. Delek is said to be in ill health while serving a life sentence handed down for “conspiring to cause explosions,” a charge his supporters say is without evidence and that he confessed to under torture.