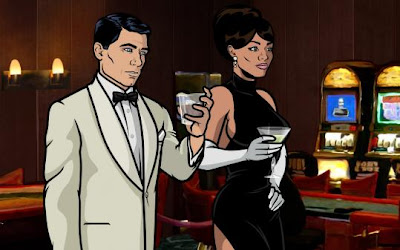 A review of a now controversial speech the director of the Canadian Security Intelligence Service gave to Toronto’s Royal Canadian Military Institute shows Fadden included MPs, along with provincial and municipal politicians who could be vulnerable.

Fadden told the audience of the “growing number of instances where attempts are being made to influence surreptitiously, in secret, covertly, municipal, provincial and federal politicians.”

It had been the question-and-answer period at the end of his presentation that garnered the most interest when he named China as being an espionage aggressor and accused provincial cabinet ministers in two unnamed provinces and “several” municipal politicians in British Columbia of being “under the general influence of a foreign government.”

“They have no idea, it’s just a long-standing relationship, you develop friends … it’s what I do in reverse,” Fadden told the crowd, largely composed of military and police, March 24.

This off-the-cuff remark has sparked demands for his resignation from critics, who accused Fadden of unfairly tarring all politicians with his accusations. Fadden has refused to step down or name the politicians, but said he will be presenting a report within weeks to the government that will name names.

Liberal MPs Mark Holland and NDP MP Don Davies said Friday that Fadden can’t be allowed to get away with the so-called drive-by smearing.

“I don’t think you can just leave hanging out there allegations that cast aspersions on literally hundreds of elected officials,” said Holland, adding it is difficult to understand why Prime Minister Stephen Harper is refusing to move against Fadden.

A poll by Angus Reid found that 67 per cent of Canadians who responded agreed the names should be made public.

In the reports that followed the airing of the contents of his speech and further comments Fadden made to the CBC, the focus was on his reference to the provincial cabinet ministers and B.C. politicians, but in fact, Fadden included in his assessment federal politicians.

“It’s amazing how a number of these countries start when people are just beginning to express an interest in politics against the possibility that they will some day become ministers or members of the legislatures or Parliament and will be able to influence policy because of their long-standing association with these countries,” Fadden said.

The top spy had to explain himself before a specially called parliamentary committee this week.

“I’m afraid the director's committee appearance Monday is all that we are able to state on the issue of foreign interference,” a CSIS spokesperson said Friday.

The CSIS director said in his candid question-and-answer session at the military institute that China specifically is funding a series of Confucius Institutes in campuses across Canada.

He told the crowd these clandestine operations are managed by the Chinese embassy or consulates.