CSIS has a long preoccupation with Chinese spying 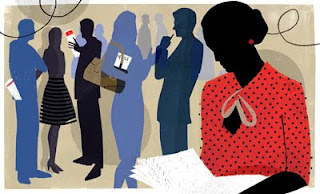 By Jonathan Manthorpe, Vancouver Sun June 24, 2010 - Beijing's efforts at espionage and recruiting agents of influence in Canada has been a preoccupation of the Canadian Security and Intelligence Service (CSIS) for many years.

There has been no clearer indication of how large the issue looms for CSIS than when the former director, Jim Judd, appeared before a Senate committee in April 2007, and said fully half of his organization's work involved monitoring Chinese government espionage efforts in Canada.

So there is a long heritage to the statement by the current CSIS director, Richard Fadden, that his organization has evidence that a few provincial and municipal politicians and officials have become "agents of influence" for foreign governments, with the clear inference that he meant primarily China.

Indeed, CSIS has always been quite open that it believes Canada is an inevitable target of the Beijing government's determination to activate susceptible Canadians to gather both useful secrets -especially involving technological advances -and to influence Canadian public policy in China's favour.

One of the first reports dealing with Chinese efforts to exert influence on other countries and governments was made public by CSIS in 1998. It is an examination of how Beijing used what is called "The United Front" to try to affect public opinion in Hong Kong ahead of the handover to Chinese sovereignty in 1997 and minimize fears of repression.

The United Front, now a department of the Chinese government since it was resuscitated by former paramount leader Deng Xiaoping in 1978, has a long history starting with the war against Japan in the 1930s and '40s of seeking to play on and use the natural patriotism of non-communist Chinese towards the Communist party's objectives.

"Because they are international in scope and occasionally coercive, activities associated with this work can amount to interference in the internal affairs of other nations," says the 1998 CSIS paper.

"In this context, Canada cannot claim disassociation from the phenomenon, if only because of the sheer size of its Chinese community."

The report goes on to document the role played by the New China news agency, Xinhua, in United Front activities and it points out that the main targets for recruitment as agents of influence are not leftists sympathetic to communism.

The main targets are business people who can be suborned by the inducements of contracts in China, and people who may rise to political or other positions of influence within Canadian society.

The CSIS report is careful to say, however, that "ethnic Chinese who have settled abroad should not be viewed as a fifth column."

The number of people within the Chinese diaspora who are susceptible to Beijing's blandishments are relatively few, the report says.

The CSIS interest in Beijing's efforts to recruit agents of influence was refreshed in 2004 with the start of the Chinese government's worldwide program to place Confucius Institutes in academic and other institutions.

The official Beijing line was that these institutes, paid for by the Chinese government, are only an attempt to win friends and calm fears about China's rise by spreading knowledge about Chinese culture and language.

Institutions in scores of countries have taken Beijing up on the offer, including at least seven colleges and universities in Canada, among them the British Columbia Institute of Technology.

But some jurisdictions such as Sweden, and some states in Australia and the United States, have been wary of accepting the institutes, seeing them as another effort by Beijing to recruit agents of influence and perhaps acquire technical secrets from academic institutions.