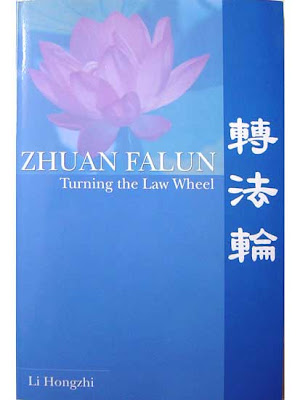 Posted by MaKina at 2:57 PM No comments: 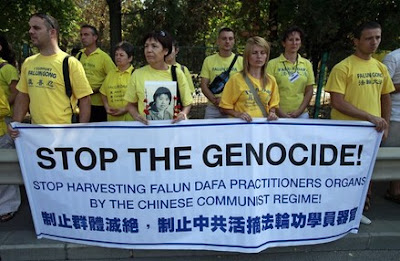 China's Communist rulers are ringing out December in a flurry of paranoia and repression, a fitting coda to a year of steadily decreasing tolerance for open dissent and discussion.

On Friday, authorities sentenced Chen Wei to nine years in prison. Chen's “crime was heinous, and influence vile,” the judge declared. And what was his crime? Writing essays. Because he advocated democracy — and has done so since he was first imprisoned for his role in the Tiananmen Square protests of 1989 — a judge found Chen guilty of “inciting subversion.”

On Monday another dissident writer, Chen Xi, was sentenced to 10 years, also for “incitement.” His crime: 36 essays that he wrote and posted online.

These sentences would have been considered unusually long until recently, but in the current crackdown the regime has sentenced Nobel peace laureate Liu Xiaobo to 11 years and Liu Xianbin to 10 years. Their crimes also consisted of writing.

China's Communist rulers do not feel compelled to account for their actions, so the motivation for the crackdown is a subject of speculation. Most China-watchers believe the authorities have been spooked by the popular uprisings in the Middle East. They may also be more nervous than usual as they prepare for an equally opaque leadership change next year. A top security official reportedly said that crackdowns on “hostile forces” (government code for peaceful advocates of democracy) and “illegal religious organizations” (code for Christians, Falun Gong followers and others who choose to worship without government approval) will be a priority in the coming year.

The human rights crackdown has drawn relatively little attention or condemnation from the West. Perhaps this is because the allure of Chinese investment and the Chinese market is too strong. Perhaps the crackdown seems so out of keeping with popular images of bustling, modern, capitalist Shanghai that outsiders have a hard time believing it is going on.

But those who think the anxieties of China's rulers are irrelevant to its foreign relations would do well to read a Dec. 25 account by Washington Post correspondent Andrew Higgins about official attacks against U.S. ambassadors to China and, most recently and most personally, against the U.S. consul to Hong Kong, Stephen Young, whose transgression was to ignore “solemn warnings” to keep mum about democracy. The gibes are a reminder that China's rulers, to bolster their position without the legitimacy of popular election, are quick not only to imprison their countrymen and censor their press but also, when convenient, to stoke the fires of nationalism.

Posted by MaKina at 9:49 PM No comments:

'Extremist' writings of ex-Canadian MP, lawyer banned in Russia because of book on organ harvesting of Falun Gong

Posted by MaKina at 7:50 PM No comments:

Train Riders in China Must Identify Themselves

China’s Ministry of Railways will enforce a real-name authentication system for train tickets, starting on the first day of next year, according to an announcement last week.

Posted by MaKina at 7:47 PM No comments:

On Christmas Day, police across China tear gassed and beat down Christians for worshiping at "unofficial" Christmas services, according to an American aid group in the region. However, according to Slovenian philosopher, Slavoj Zizek, the Chinese government prefers religions that “sustain social stability,” like Confucianism, over Christianity, Tibetan Buddhism, and sects like Falun Gong, which try to operate independently of authorities and end up causing “social disintegration.”

Posted by MaKina at 7:46 PM No comments:

Why isn't the West reacting to China's crackdown?

A top security official reportedly said that crackdowns on “hostile forces”(government code for peaceful advocates of democracy) and “illegal religious organizations” (code for Christians, Falun Gong followers and others who choose to worship without government approval) will be a priority in the coming year.

Posted by MaKina at 7:44 PM No comments:

Hanoi (AFP) Dec 23, 2011 - In silent meditation, the Falungong members did not flinch when a shirtless, tattooed man slapped them on the head, ...

Posted by MaKina at 7:53 PM No comments:

In one of the earliest attacks on a company, cyberspies hacked into the computer networks of POSCO, the South Korean steel giant, in July 2006, Alperovitch said. The intrusion took place the same month that the steelmaker, the third largest in the world, initiated a takeover of a large steel mill in eastern China, according to the U.S.-based Epoch Times, founded by supporters of the dissident Falun Gong spiritual sect, which first noted a link between the two events.

More at BusinessWeek
Posted by MaKina at 10:43 AM No comments:

He is a Falun Gong practitioner, and learned that his emails about Falun Gong were not permitted on the CSSA-CAM email list.

Protester dies in jail. Riots over confiscated land on the rise

Falun Gong members, bishops and priests die in prison for torture. "Mass incidents" that see clashes between police and demonstrators grew to 180 thousand in 2010.

The town that dared to defy Beijing

The last time the government really marshalled its forces against opposing forces was in the 1990s when the Falun Gong spiritual movement began to organise millions of opponents, and it cracked down harshly on what it sees as an ...

More at The Independent

New Report and Call for Action
For Immediate Release

"These horrifying acts are also regularly occurring in modern, reputable hospitals, by or overseen by, professional and skilled staffs who are trained to heal - not to hurt."

Evidence demonstrates the systematic and horrifying use of psychiatric torture on mentally and physically healthy Falun Gong practitioners in hospitals in China.

The overall outcomes of psychiatric torture, on 1,089 Falun Gong confirmed victims, often resulted in irreparable mental and physical states and even death. Many are reduced to insanity, a semi-comatose, "zombie," lifeless state, or cannot walk, talk, or care for themselves along with other mental and physical health problems not present prior to torture.

This form of torture was once prevalent in communist Russia and created global outrage from psychiatric and mental healthcare fields in the 1980's. Current evidence indicates these practices are even more widespread in China than the former Soviet Union.

"This evidence is basically being ignored," Dr. Shizhong Chen, spokesperson of FGHRWG, said. "In the past few years, 80% of all reported persecution cases of Falun Gong practitioners in China that we have received included some form of psychiatric torture."

According to the report, in order to break the free will of the practitioners, "the Chinese authorities have conducted on Falun Gong practitioners extensive psychiatric torture, including a combination of forced ingestion or injection with massive amounts of psychiatric drugs, unknown drugs or toxic substances; undergoing a massive number of electroshock procedures (also known as electro-convulsive shock); or the use of electric needles at the temples to shock the brain and produce seizures."

"The time is now not later to call attention to and to stop these atrocities," Dr. Chen said. "We are asking concerned individuals, professional associations, agencies and organizations in the health fields, human rights organizations and world governments to get informed, take actions and issue sanctions."

See the report for details on possible actions recommended by FGHRWG.


Many of the victims were alive when their organs were harvested for domestic and foreign transplantation. “Up to three million Falun Gong practitioners ...

More at Catholic Culture
Posted by MaKina at 10:30 AM No comments: