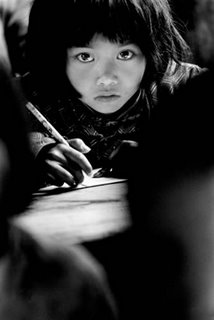 Dec. 22, 2005 - On the eve of Christmas (which begins at sundown on December 24) and Hanukkah (which begins this year at sundown on December 25), it is pertinent to recall that Christ, born to a Jewish woman, was a Judaic teacher (rabbi) who evolved Judaism into what became known as (Western and Eastern) Christianity. The Holy Bible contains both the Judaic Old Testament and the Christian New Testament.

Plato, Malthus (who inspired Darwin), Spencer (who applied his term "survival of the fittest" to British colonialism), Marx, Nietzsche and other still-remembered Europeans viewed man as yet another kind of animal, destroying or subjugating weaker specimens, classes or nations. Plato taught that those who were so sick that they lie in bed should not be treated. Let them die. As the Roman proverb later said, "Man to man is a wolf."

Christ called on the contrary for compassion and believed that the weak (such as the sick or children) especially needed and deserved it. His teaching involved the concept of the soul. He who killed a human being if only by withdrawing medical treatment, as Plato advised, destroyed not only the body of his victim but also his victim's unique soul.

The soul became the spiritual key of Christianity, as well as, alas, of pseudo-Christianity, about which Christ warned, saying that His name would be abused after His death.

Let us have a look at pseudo-Christianity. The word "soul" is "psyche" in Greek. Hence came the concept of psychology and the belief of many rulers, secular and ecclesiastic, that they can create the universal "correct psychology" of their subjects by propaganda and the persecution of all deviants, so that those psychologically correct would fight against other governments, churches, infidels (such as Moslems) and all enemies and would know that should they be killed in the process they would go to paradise for eternal bliss.

Soviet Russia and Nazi Germany created their own faiths, but these were also inculcated by propaganda and the persecution of all deviants.

What about China? When the Italian Marco Polo visited China in the 13th century, Europe was afflicted by pseudo-Christian persecution and wars. Later, Jews were banished from Spain (which Christopher Columbus heartily approved in his letter to the king and queen of Spain). The Jews were banished not because they were ethnically Jews, but because they were not Christians (and Columbus promised in his letter many "Indians" as good Christians). Now, what did Polo see in China? Christian churches and synagogues peacefully coexisting – and both tax-exempt! In the 13th century!

Since Stalin's Russia and Nazi Germany strove to enslave the soul of every physical slave, Stalin introduced in the arts "socialist realism," obligatory for "our Soviet man," and every German in Nazi Germany had to have publicly Hitler's taste in culture.

In China? "Radical Chinese artists" hold shows in Shanghai that are as "radical" or as "Western" or as trashy as any in New York, and some of the exhibits can well shock some post-modernist New Yorkers. Thus, one "performance artist" distributed photographs of a man eating an embryo. World-famous in 2003 was a Chinese "performance artist" who ate the flesh of stillborn babies.

In the 13th century, Polo noted that printed typographically in China ever since the 11th century had been uncensored books dealing with political economy, philosophy, religion, and all arts and sciences.

Polo admired the law and order in China as against the disorder, rampant crime and violence in Europe. How was this exemplary order maintained and how did the rulers attain the loyalty of their subjects if there was no propaganda and no persecution of deviants from it to create a single "correct soul" for all? He remarked that in China "many persons, and especially those who harbor bad designs [the worst of them being the intention to limit or restrict absolutism], always carry poison about them."

If you do not harbor bad designs (the worst of them being the intention to limit or restrict absolutism), you will live in China in the greatest safety on earth, whether you are a Christian or a Jew or an atheist.

Pray, think, create, read uncensored books, enjoy the many splendors of China, which called itself the Center of the World (translated into English as "Middle Kingdom"). No such cuisine, silks, porcelain or ivories exist anywhere else. But if you harbor bad But if you harbor bad designs, and none can be worse than the intention to limit or restrict absolutism, as the barons did in England in 1215, swallow the poison to avoid Chinese torture.

Oddly enough, over seven centuries later, not a word is said in my "Britannica" about Chinese torture. Yet the 13th-century Chinese knew about it enough to poison themselves to avoid it. "But their rulers, who are aware of this practice, are always provided with the dung of dogs, which they oblige the accused to swallow, causing a vomiting of the poison," Polo concludes.

In the history of Christendom there has been no country whose inhabitants would carry poison about them to swallow if arrested. Nor do I know any Western or Russian police, inquisition, investigation or prosecution that would make the accused vomit the poison. The police of "1984," Orwell's concentrate of cruelty of the 20th-century Soviet and Nazi dictatorship, mentally transposed by Orwell to England, could learn a thing or two from the real Chinese police of the 13th century.

Published in Beijing by Professor Chen Yunsheng of the Chinese Academy of Social Sciences is a 162-page book, sloganistically entitled "An End to Torture in Modern China." Under the title (a tribute to political correctness) the Chinese professor describes, on the 162 pages, 13 kinds of torture in China today as he might describe some minor street traffic irregularities. In his conclusion, the author says, "Torture in contemporary China is rooted in Chinese history."

Indeed, pao luo, used in China today, was used over 3,000 years ago. This is a torture wherein a victim is to walk along a slippery metal beam resting on burning coals. The victim "grills" his or her feet by the metal beam or slips and burns them to cinders in the burning coals. Ling chi was abolished in 1907, but is revived in China today: The victim is put to death by cutting out bits of his or her body for several days.

Of course, these are ancient tortures used today. But no one can prevent "the supreme leaders" of China from using modern science and technology to develop the latest torture as advanced as post-nuclear superweapons compared with a sword of 3,000 years ago.

The geostrategically crucial fact is that the "freedom in individual pursuit of happiness" (unless "bad designs" are suspected, as in the case – without any evidence! – of Falun Gong), is extremely favorable for science and technology, and in particular for the development of post-nuclear superweapons. Foreign scientists and technologists can come and go freely to and from China, and are free to live any way they fancy and do anything they like except commit crimes (the gravest of which is any bad design that may limit the dictator's absolute power).

According to the "China Statistical Yearbook," which looks like a large-format 944-page encyclopedic volume, 22,410 Chinese students studied abroad as of 1997 (a randomly sampled year). For Soviet Russia, even one such student was a problem – what if he or she defected?

The "Yearbook" also gives the number of students who completed their studies abroad in 1997 and returned: 7,130, the implication being that some students did not return, and settled in the West.

They are most welcome to do so. Let those young Chinese scientists live abroad. They may be of help to China, which has treated them well and never constrained their freedom to live anywhere. Those of them who are believers in today's greatness of China may come back to China later.

For an outstanding scientist or technologist, China should be the world's most coveted place to live and work, and not a countrywide (concentration) camp like Soviet Russia and Nazi Germany. Indeed, American, European, Russian, Israeli, Japanese and other foreign scientists and technologists are to feel at home in China. And if they are valuable for the development of post-nuclear superweapons, they will be better off financially than anywhere else. Chinese torture? They do not have even to know about its existence!

Such is Chinese behaviorism at work today. As for Christendom, a Merry Christmas and a Happy New Year!