Epoch Times: After photographer Yoshitaka Sakai saw the performance, he praised the show as being elegant and of world-class artistic merit. To him, culture is something very important and the arts are a means to vividly portray and express the inner meaning of culture.

He added that elements of traditional culture from various Chinese minorities appeared within the dances. Through viewing the dances, he noticed that he was able to sense the choreographers’ openness and generosity, as well as their respect for the traditional cultures of other nationalities. Believing that the Tang Dynasty was the most culturally brilliant and flourishing era of China, Yoshitaka Sakai expressed his gratitude to the performance for presenting the essence of the Tang Dynasty to the audience.

Yoshitaka Sakai hopes that the Chinese New Year Spectacular will have the opportunity to perform in China in the near future. He said, “Such a great performance should be shown in Beijing, Shanghai, and even Tiananmen Square.” (more)

It's never too late to say Happy New Year of the Pig! 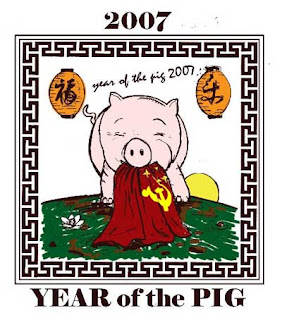