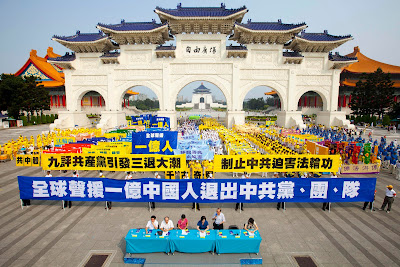 Taipei: Sept. 4, 2011 - 2,500 people took part in a rally to support 100 million who've quit the CCP
The Senate has a similar initiative, Senate Resolution 232, also supporting the Tuidang movement and condemning the persecution of Falun Gong; a peaceful spiritual practice that was banned in 1999 after its popularity began to be perceived by CCP ...