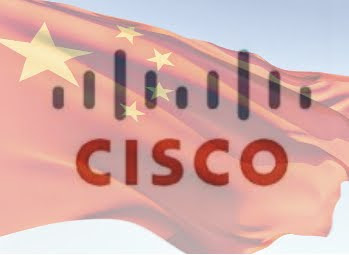 The Human Rights Law Foundation has filed a lawsuit against tech company Cisco, alleging that it designed a surveillance system to help the Chinese government track and suppress dissidents.

The lawsuit, filed Thursday in San Jose, California, alleges that Cisco helped create the "Golden Shield" surveillance system that enabled the Chinese government monitor and censor the online activities of Falun Gong, a spiritual group, and that as a result, members of Falun Gong were imprisoned, tortured and killed.

The lawsuit claims that over 5,000 Falun Gong members were arrested as a result of the use of "Golden Shield" technology. The lawsuit, which seeks class-action status, is looking for unspecified compensatory and punitive damages, and to stop Cisco from further unlawful activity. Cisco has denied the charges.

"Cisco does not operate networks in China or elsewhere, nor does Cisco customize our products in any way that would facilitate censorship or repression," the company said in a statement. A Cisco spokesperson said, "there is no basis for these allegations against Cisco, and we intend to vigorously defend against them."

The lawsuit is said to rely on sales materials that show Cisco trying to market its services to the Chinese government by promoting the technology's ability to suppress dissidents. In 2002, a slide from an internal presentation showed a Cisco employee referring to the Golden Shield's ability to fight the "evil religion" of Falun Gong.

The New York Times writes, "The suit claims that additional Cisco marketing presentations prove that it promoted its technology as being capable of taking aim at dissident groups. In one marketing slide, the goals of the Golden Shield are described as to 'douzheng evil Falun Gong cult and other hostile elements.' Douzheng is a Chinese term used to describe the persecution of undesirable groups. It was widely used by the Communist Party in the Cultural Revolution."

The suit uses the Allen Torts Statute, a federal law allowing foreign citizens to sue for violations of international and national laws.