Standing up to Beijing 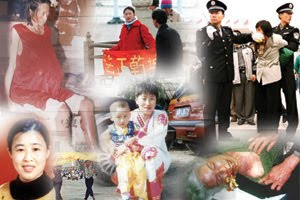 National Post: Despite China's surging economy, nearly three-quarters of the world's executions occur in China, many involving political prisoners. Falun Gong practitioners are harassed, tortured and killed. In recent years, China has been trying to bully its neighbours in the international waters off its eastern shores. And it acts as a defender for many of the world's rogue regimes -- including Myanmar and North Korea. The new China conceals many of the old China's sins.
Commercial engagement must be matched with frank talk on human rights and foreign policy.