China: The Biggest Funder of Dams 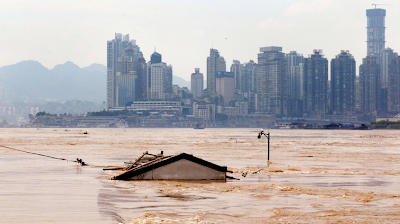 ...water level of the Three Gorges Dam in China reaches its maximum limit.
China is the world’s biggest funder and builder of large dams, which harvest hydroelectric power but also devastate hundreds of indigenous communities around the world.

A new report released by Survival International called Serious Damage has highlighted the plight of native tribes across Africa, Asia and South America who are facing complete destruction, of their habitat, as more dams are constructed to harvest hydroelectric “green energy.”

The report singles out China as the most active investor in the multi-million dollar projects, replacing World Bank which was previously the biggest sponsor.

Three Gorges: One of the dam’s functions is flood control, which was widely questioned after the flooding. At least 701 people have died and 347 are still missing in southern China, according to official reports.