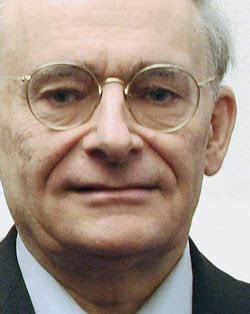 I am amazed it is has taken this long. Finally people are starting to take the abuse of organ transplant surgery in China seriously. There have been isolated pockets of concern before. But an abuse which dates from the 1980's is only now, twenty five years too late, generating widespread notice.

China, from the very moment it began transplant surgery, killed non-consenting donors for their organs. The law even allowed for it...

China began the organ trade by selling the organs of prisoners sentenced to death. But the global demand for organs and the health system need for money eventually outgrew the available death row supply. The Falun Gong community became the next source.

Falun Gong is a simple set of exercises with a spiritual foundation which started in China in 1992. The belief behind the exercises is a blending and updating of the Chinese Buddhist and Tao traditions.

The Party then, in June 1999, out of jealousy and fear of losing ideological supremacy, banned the exercises. When practitioners persisted and protested, the Party/State in November 1999 got vicious - vilifying the practice through propaganda, arresting practitioners, torturing them to elicit recantations, and disappearing them if they did not recant.

Practitioners of Falun Gong quickly became the number one victims of repression in China - two thirds of the torture victims, according to the United Nations rapporteur in torture; one half of those in the slave labour camps, according to the United States Department of State Human Rights reports. Many of those Falun Gong practitioners who were arrested and refused to recant also refused to identify themselves, in order to protect their friends, family and workplaces back home who otherwise would have been victimized for not having denounced them. The depersonalization of the Falun Gong, their huge numbers in detention and their vulnerability as an unidentified population made it easy for them to become the next source of organs for sale.

According to research David Kilgour and I did, first in a report released in July 2006 and updated in January 2007, and then in a book titled Bloody Harvest released in November 2009, we concluded that Falun Gong were killed in the tens of thousands so that their organs could be sold to foreigners, generating a billion dollar business for China. We launched a global campaign to attempt to end the abuse we identified, speaking in over forty countries and eighty cities about our research.