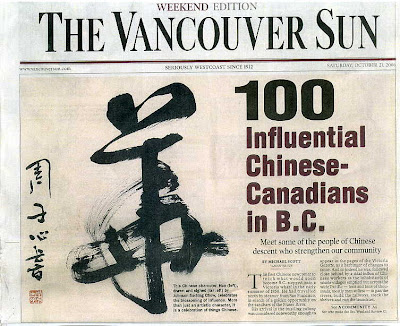 Epoch Times: Public Safety Minister Vic Toews told a luncheon of the Economic Club of Toronto on Monday that people should not be surprised foreign regimes are trying to influence Canadian politicians and senior bureaucrats. CSIS boss Dick Fadden also warned that Chinese authorities organized demonstrations against the Canadian government regarding some China policies.

His comments came the day before The Epoch Times received a recording of speeches made to Chinese students inside the Chinese Embassy in Ottawa ordering them to “battle” against Chinese dissident groups.

A consular official, Liu Shaohua, first secretary of the education section, told the students that the welcome rallies in Ottawa for Hu’s arrival were part of a political struggle against Falun Gong, Uyghurs, democracy activists, and others who would be protesting human rights abuses in China.