Is the BODIES Exhibition ridiculing human rights in China? 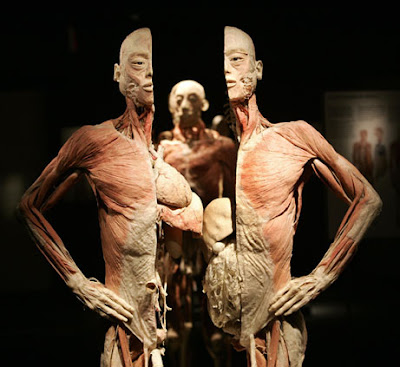 Winnipeg Free Press: The human rights activist David Matas was on CBC Radio Friday morning, expressing his "disgust" over the news that the MTS Centre is importing that touring Bodies exhibition to Winnipeg.

His problem? The show's U.S.-based owner acknowledges that it buys the cadavers it displays from China, a country known to sell the corpses of executed prisoners (like persecuted members of the Falun Gong movement, maybe?) for organ harvesting.

With a closed society like China, Matas argued, there is no way to confirm the provenance of the exhibition's materials.

And given his award-winning research into the Chinese Falun Gong issue, he thinks the Seattle city council did the right thing last month when it voted to bar Bodies from returning to the city, where, admittedly, it had visited twice before.

Matas makes a valid point, and it's an ethical question Winnipeggers will have to ask themselves... Read more
Posted by MaKina at 11:55 AM

Under the guise of education we're entertaining ourselves with the corpses of the downtrodden and powerless. Too bad the human rights museum isn't compete yet. The Bodies exhibit could be a big draw AND speak to human rights atrocities simultaneously.