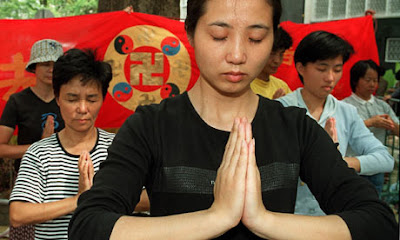 Flashback -- New York Times - April 27, 2009: In the decade since the Chinese government began repressing Falun Gong, a crusade that human rights groups say has led to the imprisonment of tens of thousands of practitioners and claimed at least 2,000 lives, the world’s attention has shifted elsewhere….But 10 years on, the war on Falun Gong remains unfinished.

In the past year, as many as 8,000 practitioners have been detained, according to experts on human rights, and at least 100 have died in custody. …In recent months, scores of practitioners have been given long prison terms, including Zhang Xingwu, a retired physics professor from Shandong Province who last week was sentenced to seven years after the police found Falun Gong literature in his apartment….

The continued crackdown highlights the difficulty of eradicating a movement whose adherents stubbornly cling to their beliefs, but it also provides a window into the psyche of an authoritarian government that, despite its far-reaching power, remains deeply insecure.

“The excesses and the savagery have really lowered the quality of the government and harmed [China’s] reputation abroad,” said Jerome Cohen, a member of the Council on Foreign Relations and an expert on Chinese law. “They’re paying a high price for the cruelty to these people.” 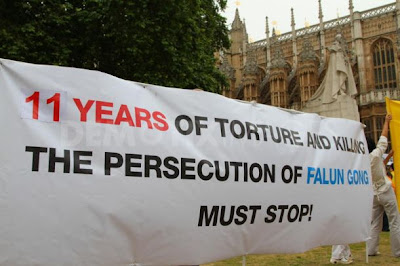