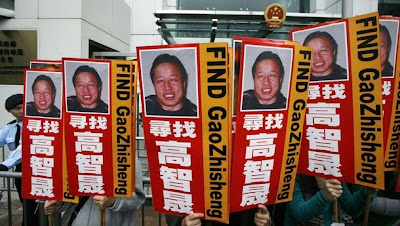 Epoch Times: “Gao Zhisheng must be part of the future of a reformed and democratic China,” said Edward McMillan-Scott, a Vice-President of the European Parliament and Founder of the EU's democracy and human rights initiative.

“[Mr. Gao’s] devotion to the cause of justice and a fair legal system brought him into national prominence as a lawyer,” said Mr. McMillan-Scott after learning that the respected Chinese lawyer had been honored with the International Human Rights Lawyer Award from the American Bar Association (ABA) on Friday August 6.

“His examination of the persecution of the Falun Gong spiritual movement and his trenchant criticisms of the regime which set them in train mark him out as a true prophet,” added Mr. McMillan-Scott.
Read more...