Quick Take on Communist China and their 'new' slogans 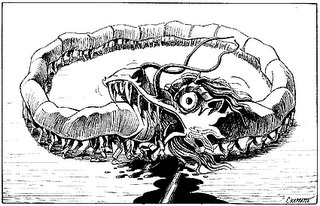 Looking at a piece from the National Post entitled 'China Economy Below Expectation' about the National People's Congress, it is indeed very nice for China's dictators to have put the peasants at the top of their do-good agenda. It sounds so credible that it’s sure to be a crowd pleaser particularly for the well off investors who just can't get enough of China--especially when they don't have to pay green fees when setting up their sweatshops. This lack of social responsibility results in frequent environmental disasters occurring in Mainland China--what is more worrisome is that there might not be any drinking water left for the next generation. Red alert...or should I say Green Alert?

But let's get back to this article that talks about easing tension and finding solutions. It is an open secret that whenever an eyesore surfaces in Communist China, such as the peasants' unrest, the dictators (CCP) put on a great show—they go out of their way to publicize the remedial action in a diplomatic fashion. People call this phenomena ‘sincere pretension’. A fraction of what is proposed might get done for the record, and if it involves money, the peasants might get next to nothing by the time it gets to them--the CCP will have shamelessly pocketed the bulk of it. Meanwhile the killing goes on full tilt in the backroom and this is how the Party sustains itself; by killing and robbing. Canada is a big culprit in directly and indirectly encouraging this corrupt behaviour. Throughout the years the Liberals have shamelessly provided $50 million annually in foreign aids to Communist China, a country that has its own space program, a strong military build-up, a prosperous (?) economy with an abysmal human rights record. Some third world country! I think there is a lesson to be learned here. For one thing with better budgeting, the dictators could spread the dough to the Northern part of China, thereby taking care of the poverty problem.

So how does Hu Jintao and Wen Jiabao care for peasants? Is it by opening fire on unarmed citizens who protest the loss of their land to construction projects and future Olympic sites, plus the fact that they only get a pittance for their agricultural land? With thousands of paramilitary police to contain the unrest—it is a do or die situation. Wasn’t this situation of unrest created by the CCP in the first place by bulldozing their homes down to the ground without prior consultation? Now the CCP is trying to look good by saying they want to fix things? What is wrong with this picture? Just read up on the Hanyuan, Shanwei, Taishi, Sanjio, Zhongshan massacres and see what the victims of the last CCP strike hard campaigns have to say—you might find it shocking. It seems that most massacres take place in Guangdong Province lately. It is clear that the CCP’s big dream of making this Province the center of China’s economy is in big trouble. It’s not surprising when the governor of Guangdong, Huang Huahua, is a notorious criminal throughout the Mainland. Because of his bloodlust he personally inspects the jails where Falun Gong practitioners are held to ensure that they get the worst inhumane treatment possible. Bearing that in mind it wasn’t difficult for me to serve him with legal papers when he was in Victoria last fall, on behalf of a Calgary practitioner. He had been persecuted under Huahua's jurisdiction for two long years in the harshest environment. Needless to say that Huahua cut his trip short after that episode and returned to China without Donald Tsang and the gang (600 of them). Nevertheless he left his mark behind by donating 2000 communist books to the Vancouver Library. Exporting their communist ideology through culture is where the CCP is at right now…how can people say no to culture. Well luckily some do!

Back to the Congress—the CCP has a lot more to worry about than just how poor the peasants are! Besides the fact that the Red Dragon is dying and that every attempt has to be made to keep it (the CCP) alive, their lack of free speech has been targeted heavily lately by the caving in of the web giants. The CCP's real corrupt nature has been widely published in the Dajiyuan/Epoch Times, New Tang Dynasty TV, and Sound of Hope and this alone is enough to keep the Party officials awake at night. And a few more things--

3) defectors are speaking out against tortures conducted by the 610 Office (Chinese version of the Gestapo) breaking news with spy networks mostly prevailing in Canada, the US, and Australia

4) Christian human rights attorney Gao Zhisheng, known as the Martin Luther King of China, has been to the rescue of victims of the CCP's tyranny by defending them including Christians, Falun Gong and peasants. To protest the injustice and persecution by the vile Party, Gao went a step further and wrote a few open letters to Hu and Wen urging them to stop the persecution. Later on Gao, along with his colleagues, started the Relay Hunger Strike for human rights in China. Despite the arrests and recurring threats on their lives including failed assassination attempts, these lawyers have promoted this effort internationally and activists (in China) have signed up for the relay hunger strike for a whole year ahead of time. Overseas the hunger strike is in full swing especially in major cities. You can join in by posting your name here. When asked about the movement of quitting the CCP and the hunger strike, Gao said: “They are indeed quite similar in terms of ideology and methods adopted. They are both non-violent and non-cooperative movements that show no fear of the despotic rule.”

The other slogan that is transparent in the Congress’ agenda is the debacle about keeping Taiwan on a permanent leash which is the ongoing diversion that the CCP has been faithfully using for some time now to take the focus off the big fours that they fear the most.

Other than that the rest of the agenda is as glossy as can be!

National Post (AP) 05 March 2006 - Premier Wen Jiabao opened the annual session of China's legislature Sunday with promises of new social spending to placate the country's rural poor and said the economy is expected to slow but should still grow by eight per cent.

Wen warned Taiwan, which the Chinese government claims as its own territory, not to pursue formal independence.

The session of the National People's Congress is to focus on efforts to ease tensions over the gulf between China's rich and poor by spending more to help the countryside, home to 800 million people and others left behind by its economic boom.

"Building a `new socialist countryside' is a major historic task," Wen said in a nationally televised address to 2,927 NPC delegates.

The government is promising to spread prosperity to the countryside amid mounting rural anger over chronic poverty, corruption and the seizure of farmland for factories and other development projects.

This year, Beijing will spend the equivalent of $6 billion Cdn more on rural schools, hospitals, crop subsidies and other programs, raising spending on those areas by 15 per cent, Wen said.

There were no immediate signs of protests around the Great Hall of the People in central Beijing, where streets were closed and the government said 15,000 police officers were deployed. Protesters detained in previous years have included laid-off workers, farmers with land disputes and members of the banned Falun Gong movement.

The premier promised "fast yet steady" economic development but said growth is expected to fall to eight per cent this year -- down from 9.9 per cent last year and below a World Bank projection of 9.2 per cent for 2006.

Beijing has been trying to restrain sizzling growth in recent years, warning a prolonged annual rate above nine per cent could cause inflation and financial problems.

Wen said a key government priority will be increasing domestic consumption -- part of efforts to sustain growth, while easing reliance on exports amid pressure by the United States and other trading partners to cut China's huge trade surpluses.

The premier also warned Taiwan's leaders against pursuing formal independence -- a step Beijing has warned could lead to war with the island, which has been split from the mainland since 1949.

Beijing has no official relations with Taipei and reacted angrily this week when Taiwanese President Chen Shui-bian abolished an agency dedicated to unifying the island with the mainland.

The premier's report included no mention of political change -- a taboo topic in a system where the Communist party rejects any challenge to its monopoly on power.

The government announced Saturday its military budget this year will rise by 14.7 per cent to the equivalent of $40 billion.

China has given its 2.5 million-member People's Liberation Army double-digit spending increases nearly every year since 1990.

A series of closed-door meetings during the session are expected to give delegates a chance to air grievances and propose their own ideas for change.

Political and health activists and some people with AIDS who have complained of poor medical treatment were detained by the government or ordered to stay at home ahead of the session in an apparent effort to prevent protests.
Posted by MaKina at 8:54 PM