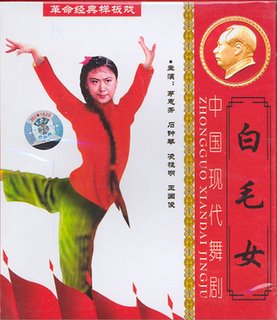 Filed in the United States District Court for the Southern District of New York yesterday (January 20, 2006), the complaint is an action for compensatory and punitive damages against CCTV for its “intentional production, broadcast and dissemination of propaganda and other material geared specifically to incite, aid and abet, authorize, order or instigate the illegal arrest, prolonged arbitrary detention and severe mental and physical torture and brainwashing of plaintiffs and persons similarly situated in China,” says plaintiff attorney Dr. Terri Marsh.

The complaint was filed by International Advocates for Justice, World Organization for Human Rights (USA), and the Human Rights Law Project.

As stated on its website, defendant CCTV serves as the mouthpiece of the Chinese Communist Party and follows the CCP’s plans and mandates as well as those of the Central Propaganda Department. “Its tactics are virtually identical to those used in Nazi Germany, in Rwanda, during the massacre of the Tutsi by the Hutu, and in Yugoslavia under Slobodan Milosevic,” Marsh explains. “In all of these massacres, not only is the message always the same (‘Destroy them or they will destroy you’), but the name of the mass crime that follows is genocide or ethnic cleansing, and now we’re seeing something similar propagated against Falun Gong in China.”

This stratagem, says Marsh, is well illustrated by the CCP instructions displayed on its China Anti-Cult Association (CACA) website such as: “…we first define them as terrorists. Then any measure is perfectly justified.”

“CCTV has effectively created a network of lies about Falun Gong,” adds Marsh, “that encourages and incites the public, the police and other security forces in China to subject practitioners of Falun Gong to unlawful arrests and detention, illegal police interrogation, torture as well as brutal forms of brainwashing and indoctrination techniques to force practitioners to renounce their belief in the tenets of Falun Gong.”

Since the Chinese Communist regime first launched a nationwide campaign in 1999 to “eradicate” the practice, the Falun Dafa Information Center has verified details of 2,804 deaths and over 44,000 cases of torture. Millions have been detained with as many as 2 million sent to forced labor camps.

One of the more deceptive examples of the CCTV’s role in the persecution of Falun Gong, says attorney Ms. Lana Han who also represents the plaintiffs, is a song produced by CCTV, entitled the “Same Song,” that appears to be a benign pop tune, but actually operates as a key element of the torture campaign that is being waged in China. This song, which is scheduled to be performed on January 23, 2006 by CCTV at Radio City Music Hall as part of a variety show of the same name, is used in forced labor camps throughout China amidst torture sessions as a way of championing and celebrating the breaking of a person’s spirit through intense brainwashing and brutal violence. As the victim succumbs to the torturers and pledges total allegiance to the Chinese Communist Party, both torturer and victim alike must join in singing The Same Song. (news)

Marsh says that if the Same Song show happens at Radio City, attorneys will explore the possibility of additional persons being complicit in the event. “It is very likely others might be named alongside CCTV for aiding and abetting the abuses perpetrated against Falun Gong.”