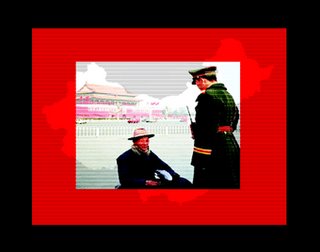 Shanghai, women sent to psychiatric hospital after asking for justice

Shanghai (AsiaNews/Scmp) 23 Jan. 2006 – A Shanghai woman who has been petitioning Beijing authorities over a property rights dispute for almost a decade was last week forcibly sent to a psychiatric hospital for the third time.

Police took Liu Xinjuan , 50, from a Jingan district park on Monday morning as she met other petitioners who planned to visit the city's National People's Congress and Chinese People's Political Consultative Conference session.

Her son, Feng Liangxi , said yesterday that said his mother was badly beaten by police as they detained her in Qibao township and she was admitted to the Beiqiao Psychiatric Hospital in Mingxing district . “Her cheeks were so swollen – said her son who was permitted to visit his mother only two days later - that it hurts her when you touch them, moreover there were visible bruises on her back and her legs and she couldn't walk properly”.

Liu began her campaign of petitions in 1997 after a Shanghai court awarded her two of the six apartments she co-owned with her former husband, whom she divorced in 1991. “"My mother thinks the decision is unfair as she owned those properties equally with my father," said Mr Feng, adding that his mother had been warned off taking her campaign to Beijing.

Ms Liu was first sent to a psychiatric hospital in March 2003 for 14 days, after being detained in the Tilanqiao Prison for five days because she visited a petition office in Beijing earlier in the year.

She was sent back to the same hospital for eight months in June that year. Ms Liu visited Beijing again in November and had returned to Shanghai only this month.

Feng said the authorities had failed to show him medical documents to prove his mother was mentally ill. He added that they had never informed him of his mother's admission to a hospital.

"I only found out that my mother was sent to a psychiatric hospital – he concludes - when other petitioners told me,".

The psychiatric hospital’s in China are often used as “cages” where political dissidents, human rights activists, practitioners of Falun Gong and all others who “repeatedly disturb public order” can be put away. Some of the “treatments” used in these hospitals are similar to the methods used in forced labour camps (laogai) and detention centres.

The “patients” are in fact “treated” with injections of psychotherapeutic drugs, large quantities of electroshock and needles from acupuncture, they have to withstand sleep deprivation and are subjected to force feeling over long periods of time. The outcome of these “treatments” are depression memory loss, post traumatic stress and permanent nerve damage that often leads to suicide.

For Brad Adams, director Human Rights Watch Asia, “It is time for China’s leaders to decide that their ‘modernisation’ drive should include an end to barbaric practices such as using psychiatric facilities and medically unnecessary drugs to punish those with different political views”. Adams cites the case of Wang Wanxing, a 56-year-old worker who lived in Beijing, was arrested on 3 June 1992 (the third anniversary of the Tiananmen massacre) for trying to display a banner in which he called on the Communist Party to change its condemnation of the democracy movement.

The dissident described some doctors and nurses with a “sadistic” nature. He said medical personnel used electric shock treatment to treat more difficult cases, forcing other inmates to watch the treatment-torture.
Posted by MaKina at 9:02 AM