Canada-China: Where is our 'Foreign Aid' dollar going? 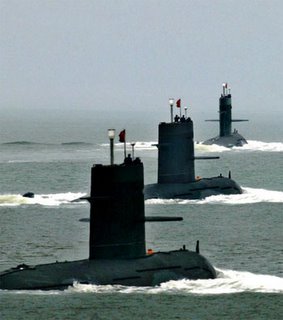 Western Standard: 3 Oct. 2005 - Here is a partial list of Chinese projects that Canadians have funded with $50 million in foreign aid, presumably to help that rights-averse nation grow "in the right way".

Who is Canada's biggest recipient of foreign aid? Why, it's China--which will get $50 million from Canadians this year. The fact the world's second-largest economy is growing at 10 per cent annually and splurges on such things as its US$29.9-billion military budget (up 13 per cent this year), as well as space and nuclear weapons programs, led one Opposition MP to demand in July that Ottawa "turn off the tap" to Beijing. But Minister of International Cooperation Aileen Carroll has said the Liberal government hopes our aid to China--which has exceeded $1 billion in the last decade--will help the democracy and rights-averse nation grow "in the right way." The Canadian International Development Agency says on its website that the money is intended to help advance human rights, end poverty and protect the environment in the world's second-largest economy. The following is a partial list of Chinese projects that Canadians have funded, presumably to that end.
Posted by MaKina at 11:00 AM