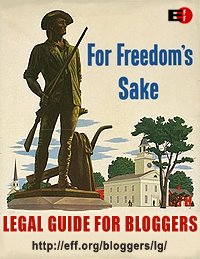 The paper said that attempts to input words in Chinese such as 'democracy' prompted an error message from the site: 'This item contains forbidden speech. Please delete the forbidden speech from this item.' Other phrases banned included the Chinese for 'demonstration', 'democratic movement' and 'Taiwan independence'.

It was possible to enter such words within blogs created using MSN Spaces, but the move to block them from the more visible section of the site highlights the willingness of some foreign internet companies to tailor their services to avoid upseting China's Communist government, the paper said.

The MSN Spaces service is directly operated by the joint venture, Shanghai MSN Network Communications Technology, in which Microsoft holds a 50 pct stake.

SHANGHAI (AFX) 04 Jan. 2006 - Microsoft is again facing a public relations backlash after a Chinese web blog hosted on its MSN Spaces service was allegedly shut down.

The MSN Spaces-hosted blog of Michael Anti, a Beijing-based researcher for the New York Times, was closed down after he had posted articles critical of a management purge at Beijing News.

The editor-in-chief of the Beijing News, Yang Bin, and two deputy editors, Sun Xuedong and Li Duoyu, were sacked last week after they were called into a meeting by the heads of the parent company, the conservative Guangming Daily.

The management purge then led to a walkout by journalists at the newspaper.

The Beijing News had printed a string of sensitive stories, including on police beatings of villagers, as well as routine scathing editorials on a host of problems including corruption.

Speaking from Beijing, Anti said he has not yet received any response from Microsoft's customer service department on the shutting of his MSN Spaces site.

'I posted three posts about the Beijing news and all posts and articles were deleted inside China,' Anti said. 'MSN Spaces (has) now deleted all of my articles and I have no backup and I'm very angry.'

Microsoft faced an outcry from internet users when it was revealed last year that its Chinese blogging service restricted the entry of terms such as 'demonstration', 'democratic movement' and 'Taiwan independence'.

Reports of the shutdown of Anti's blog have generated a groundswell of criticism on the internet - with the company coming under fire from sources such as opinion-leading conservative blogger Glenn Reynolds of instapundit.com and technology-oriented blog Boing Boing, the top ranked site by rating service Technorati.

Anti said he shares the view of Rebecca MacKinnon, former CNN China bureau chief and now a fellow at Harvard Law School's Berkman Center for Internet and Society, that the site was shut by Microsoft at the server level.

McKinnon cites research on her own website that the MSN service and other providers do shut down politically-sensitive blogs and argues that it does so without outside prompting.

'I did similar tests with five other Chinese blog-hosting services. They all work differently when it comes to censoring user content, but they all engage in some form of filtering or censorship of user content,' she wrote.

'Interestingly, I found that Bokee had no mechanism preventing me from posting anything in the titles or text bodies of the posts. But eventually, blogs with politically sensitive words in them ... were taken down in what appeared to be a human screening process, perhaps assisted by some kind of keyword search or alert system.'

Microsoft officials in Beijing and the Asia-Pacific headquarters in Singapore did not immediately reply to questions from XFN-Asia, although officials said they would respond to questions sent via e-mail.

Robert Scoble, who holds the position of Microsoft's technical evangelist, also expressed outrage at the shutdown and said he is raising the matter with company officials.

'It's one thing to pull a list of words out of blogs using an algorithm. It's another thing to become an agent of a government and censor an entire blogger's work. Yes, I know the consequences. Yes, there are thousands of jobs at stake. Billions of dollars. But, the behavior of my company in this instance is not right,' Scoble wrote on his personal blog, which is not affiliated with Microsoft.

He added that although 'someone at an MSN Spaces' has contacted him saying he had no information on the matter, he has not yet had any formal response from Microsoft.

Microsoft's Chinese blogging service was reported by state media in late December to be the top blog hosting service in China, having overtaken local sites. The service is a joint venture with state-owned Shanghai Alliance Entertainment.

Blog hosting is seen as an explosive growth market in China, although analysts have noted that most providers lack profitable business models.