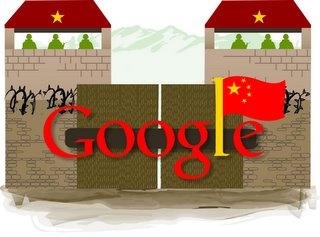 
Any idea what to do about this censorship saga besides writing letters, boycotting, or taking them to Congress (!?)

This is how one guy has been dealing with it for a while now. After moving to the US, Dynamic Internet Technology Inc. (DIT) founder, Bill Xia, wanted to help Chinese people access the web no matter what. So DIT came up with a secure Dyna Web proxy network to get around the great Communist firewall and enabled its users to access blocked websites. Quite a feat!

Last year DIT's effort has been noted in a testimony by the US-China Economic and Security Review Commission for assisting Voice of America and Radio Free Asia with solving internet jamming problems coming from China. Meanwhile DIT has been successful in emailing over 2.3 million Nine Commentaries on the Communist Party from Dec 04-March 2005 inside China for the Epoch Times. This number has probably increased tenfold by now. Look here to see a detailed summary report of the 9ping/9 commentaries distribution initiative. Human Rights in China (HRIC) has also benefited from their technology. DIT's mission: to study how Communist China implements internet censorship and develop new technologies immuned to their stragegies.

Let's look at some alternatives shall we?

Have you tried the search engine: http://clusty.com? The buzz is that this search engine gives consistently BETTER results than Google. Believe it or not! It comes with a neat feature on the left side of the screen that gives links to search results clustered by common variables. Check out their privacy policy at: http://clusty.com/privacy

www.scroogle.org is another engine that deserves looking into. It "scrapes" (removes) the data collection and other privacy problems from google searches. Their servers are intermediaries to Google servers. The site will also "scrape" for yahoo searches. This website is run by a privacy watchdog group who have also made their source code public. Their service is available in 28 languages.

Metacrawlers was also recommended as an alternative which I haven't tested yet.

And there is more...

http://icerocket.com - "We don't censor anything" -- Blake Rhodes of IceRocket

http://digg.com - This is a search engine for technology information and news

http://blinkx.tv - This is a search engine for video content

ps - ... you better think twice before you go to Google somebody next time! 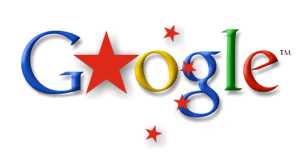