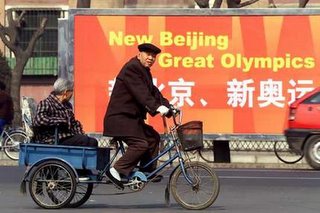 Update: Intelligenceonline.com: 09 Jan. 2006 - China’s deputy public security minister Liu Jing has been handed the job of stamping out the Buddhist-Taoist Falun Gong [spiritual group] before the Olympic Games in 2008.

A crisis meeting in June made it crystal clear that China’s leadership fears a Ukraine-type “Orange” revolution because of the Falun Gong [group] directed from the U.S. by Li Hongzhi.

For fear of seeing the [group] disrupt the 2008 Olympic Games, the Communist Party has issued a directive demanding that all of the country’s security services lend a hand to 610 Office. Set up in 1999, the bureau comes under the authority of the deputy public security (Gonganbu) minister, presently Liu Jing. He relies essentially on assistance from the Gonganbu’s 26th Bureau headed by Zhang Yue which controls 610 units in Gonganbu’s regional services and particularly Beijing (chief, Zang Xianlin), Shanghai (chief, Li Genlin) and Tianjin (chief, Zhao Yuezeng).

But because the [group] has world-wide ramifications 610 Office has assigned investigators to China’s embassies abroad in recent months. This has created some tension with overseas staff of Guoanbu (state security) who glean intelligence and with specialists who hunt down Tibetans and Uighur Moslem separatists in Xinjiang. The upshot has been several defections among Chinese staff at embassies in Australia and Canada.

Several European intelligence services have displayed concern in recent months over the degree of violence used by 610 Office staff - who occupy low-level jobs in the embassies or mix with the Chinese diaspora - against sympathisers of Falun Gong.

The Chinese check out members of associations practicing the Taichiquan martial arts and the Qigong gymnastic exercises because they fear Western members of the [group] could travel to China as tourists. In addition, some Chinese agents infiltrate the “Qigong” clubs to identify Falun Gong members, and have even been known to set the clubs up themselves in order to influence members.

The Chinese government has just announced it had set up a new special anti-terrorist force with advanced technical gear to deal with ever-widening urban unrest in the country. Overseen by Zhou Yongkang, the minister for public security (Gonganbu), the unit results from reforms undertaken to ensure the security of the Beijing Olympic Games in 2008. The overall shake-up in the police, secret services and special forces is being supervised by Chinese vice president Zeng Qinghong, brother-in-law of Zhou and son of the former interior minister Zeng Shan.

Up to now, demonstrations, strikes and riots in China have been put down by the People's Army Police (PAP) formed in 1983 with troops from the People's Liberation Army. Counting 800,000 men in all, the force is led by general Wu Shuangzhan and its political commissioner is Sui Taiming (who succeeded Zhou in the job).

Still, the PAP seems incapable of dealing with bouts of unrest that have swelled up as a result of changes in Chinese society. "The force's new squadrons will be in a better position to handle terrorist incidents, demonstrations and other critical situations," Zhou said, adding that the Gonganbu had counted no less than 74,000 demonstrations and other forms of unrest in which four million Chinese took part in 2004. The new units will be assigned to 36 cities.

A 600-strong force equipped with helicopters and light armored vehicles will be stationed in the biggest cities such as Beijing, Shanghai, Guangzhou and Chongquing.