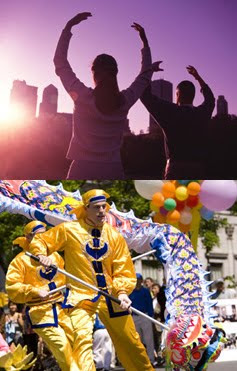 I have been a strong advocate for Falun Gong practitioners and year after year have called upon the communist regime in china to join the world of nations by allowing even basic human rights for religious minorities. Today’s event is fitting since this week we are commemorating the 12th anniversary of the Falun Gong crackdown by the PRC.

To be taken seriously as a participant in the twenty-first century global economy, China must take the rights of their citizens seriously. Egregious injustices, such as those suffered by the Falun Gong practitioners and others targeted by the Chinese Communist Party, are unacceptable in a civilized world and must end today.

Unfortunately China and Turkey are just two examples in a world full of oppressive governments which continue to persecute religious minorities for simply trying to engage in one of the most basic of human endeavors: the right to worship freely.

More at Committee on Foreign Affairs
Posted by MaKina at 1:16 PM