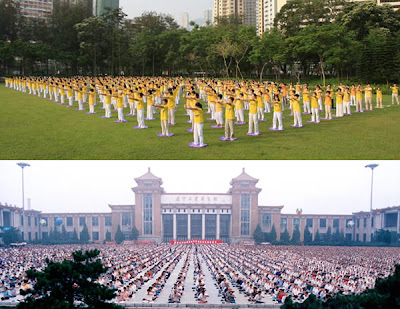 Many media sources have failed to inform their readers on some of the crucial events in Jiang Zemin’s legacy as the prime minister of China (upon his recent death). Here are some topics of note.

Jiang Zemin saw Falun Dafa as an ideological competitor. Falun Dafa is a simple meditation practice that promotes truthfulness, compassion and tolerance. Most practicing Falun Dafa have received remarkable health benefits. In 1999, there were over 100 million people practicing Falun Dafa when Jiang Zemin initiated the persecution of Falun Dafa. At the time, that was one out of every 10 people in China. It is also practiced in over 80 countries around the world.

It is so hard to get these stories out of China; most of the public around the world are unaware of the atrocities committed in China.

For more information about the persecution, please visit faluninfo.net.