Beware the MPs who are cozy with the NCCC! 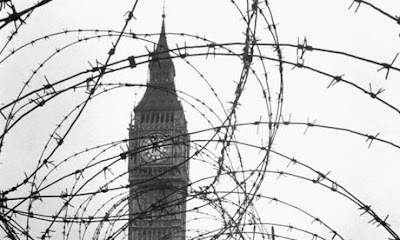 Re: Why the Chinese Canadian Leaders laments CSIS Spy Allegation

Canada Free Press / MWC/ LFP / VanCourier: Recently the National Congress of Chinese Canadians (NCCC) expressed their anxiety about CSIS Fadden’s warning of foreign influence in Canada. I can’t really blame the NCCC for getting nervous about that. After all, isn’t the NCCC just another front organization for Beijing?

In fact, this is exactly what former diplomat Chen Yonglin was trying to tell us when he toured in 2007. “The NCCC is at the top of a pyramid of groups set up by the Chinese embassy and consulates in Canada charged with working to control and influence the Chinese community and Canadian government.” He noted that the group was founded to push Canada to thaw diplomacy with China following the 1989 Tiananmen Square massacre.

Chen says the NCCC regularly lobbies the Canadian government to take positions favourable to the Chinese regime and also works to rally Canadian Chinese towards those positions. The NCCC’s ties to the Chinese regime are long and well-documented. They include having executive members with ties to state-controlled Chinese media, and connecting with businesses that rely on a close relationship with the Chinese consulate. So beware the MPs who are cozy with the NCCC! And don’t be surprise either if Mr. Fadden’s watchlist gets longer by the minute. Let’s root this out and smarten up, Canada!