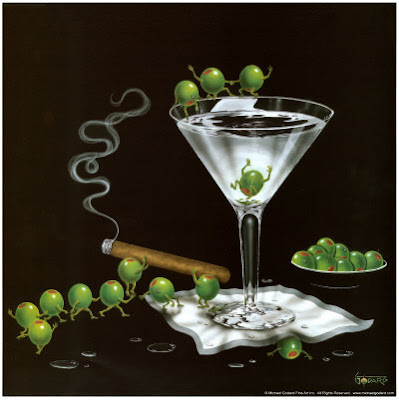 CFP: June 29, 2010 - Richard Fadden, head of CSIS, Canada’s intelligence service, doesn’t have the reputation of being either a blabbermouth or hysteric. So when he said on the CBC that some “foreign governments” seek to influence Canadian politicians, it falls in the “so what else is new?” category.

Why anyone would be upset at this remark is puzzling.

China is notorious for playing by its own rules. With large investments in Canada – in the whole world, for that matter – China is a longtime practitioner of subversive practices, designed to further their interests.

Consider that the Chinese Investment Corporation (CIC), formed in 2007, now has close to $2 billion invested in Canada (total Chinese investments are said to exceed $3.5 billion). CIC has some $300 billion in assets, and is said to hold $2 trillion of in U.S. currency reserves. It’s almost a given that such an organization will actively protect what it has, will try to get more, and will wield influence wherever it can – including stealing, suborning, subverting, bribing, threatening.

It is one of those regimes that thinks long term, and plans generations ahead. This in itself is unusual. China is also devoid of principles that deter other countries from abusing power. For instance, the Chinese haven’t been shy in the past about pirating and translating books without paying royalties or even consulting authors and publishers.

The greatest scandal in the world today is China reportedly harvesting organs of dissidents – especially from the benign Falun Gong movement (that it once endorsed until it became too popular) – for sale to rich foreigners needing transplants.

China admits or, rather, acknowledges that it uses the organs of those it intends to execute for crimes, for sale to foreigners. That is, someone sentenced to death may be kept in limbo until his heart, lungs, cornea, liver, whatever is needed, can be harvested, and then the execution proceeds.

The estate of someone executed, is charged for the bullet.

These days, China is interested in North American real estate, natural resources, technology. That constitutes the guts of our economy. It also makes it understandable why China would want to influence (rent or buy) politicians and business leaders. Ethnic Chinese are pressured to be a fifth-column.

Chinese pressure may be legal – albeit short-sighted on the part of politicians and business tycoons who comply.

We, in the media, tend to think of spies wanting bombsites, or probing military bases. The Chinese don’t need that. Sure, they’d like the technology, but they couldn’t give a damn about Base Borden, or Halifax shipyards. No need.

China has no interest in undermining our economy, or promoting terrorism. Just the opposite, The better our economy performs- the more they benefit.

Chinese economic imperialism may be rampant in Africa, where they don’t care about the politics but want the resources.

Although he’s being chastised, Richard Fadden is right. Good luck with efforts to alert Canadians, but remember our guys don’t appreciate truth. It was that way with RCMP security, it’s that way with CSIS. Little thanks, but stay vigilant.