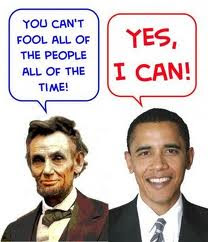 From the outset, this administration chose to marginalize human rights in the context of U.S.-China bilateral relations. On her first trip to Asia, Secretary of State Clinton was downright dismissive of human rights concerns saying that ‘those issues can't interfere’ with economic, security or environmental concerns.

A firestorm of criticism ensued. Human rights organizations were rightly dismayed. How had impassioned advocacy for the dignity of every person been relegated to a position of mere interference? And this in spite of Obama campaign promises to ‘be frank with the Chinese" and "press them to respect human rights.’

In China we again see an administration which seems unable to find its voice on human rights. A glance at the news from the last several weeks alone makes it painfully clear that that voice - the voice which speaks out on behalf of those enduring tremendous persecution and oppression at the hands of their own government - has never been more necessary.

...The late Robert Kennedy, speaking in 1966 Cape Town, South Africa, to a gathering of students committed to challenging the injustice of apartheid, famously said

‘each time a man stands up for an ideal, or acts to improve the lot of others, or strikes out against injustice, he sends forth a tiny ripple of hope, and crossing each other from a million different centers of energy and daring those ripples build a current which can sweep down the mightiest walls of oppression and resistance.’