CSIS Richard Fadden Had it Right: 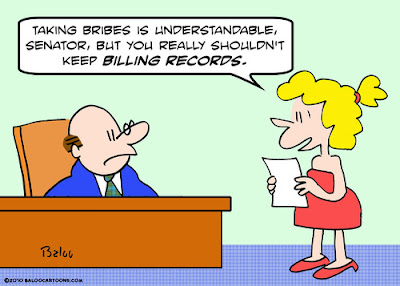 The MacKenzie Institute: Canadians don't shoot messengers with bad news, we just sneer at them instead.

CSIS Chief Richard Fadden has spent months trying to tell Canadians that hostile foreign powers and alien non-state actors were trying to influence our public life through covert means. Nobody listened until this week, and then we all acted like teenagers learning their parents have sex lives.

CSIS chiefs tend to be quiet and the organization rarely talks about its activities, and that has become a considerable handicap. Fadden has repeatedly stated that Canada needs an informed public that is ready to fully debate security issues instead of always assuming no news is good news.

Fadden started talking about the systemic engagement of Canadian public figures, mostly politicians and civil servants, by agents of foreign powers and organizations. This goes on even at the municipal and provincial level.

Many public figures are being approached and seduced, and few of them realize it. The evidence is scanty because it is not illegal to be acted on by an agent of influence, and our narrowly funded security services have always had other priorities. The proof instead comes out in anecdotes and footnotes in obscure books that never make the best-seller list.

Remember how Babbar Khalsa managed to wrap itself up in multicultural politics and avoid serious investigation for decades? How many politicians showed up in events managed in temples under Khalsa control? Remember how Liberal Cabinet Ministers (including Paul Martin) turned up at a Tamil Tiger fundraiser in Toronto?

Does anyone remember what happened to our diplomat Brian McAdam or RCMP Corporal Robert Read for trying to report on Chinese influence operations in Canada during the 1990s? The Sidewinder Report got scrubbed when it was still in draft form, but fortunately a few copies of the draft escaped and circulated... it should have kicked off the scandal of the century.

In 25 years of semi-public life as a media commentator on security issues, this writer was subjected to three recruiting attempts. The most recent was a clumsy offer of a substantive bribe from an Iranian agent.

Most politicians are cognizant of approaches for influence coming from Bikers or the Mafia, but remain strangely blind to almost all other approaches.

During the 1960s, most political figures knew enough to rebuff an approach from the Warsaw Pact nations. Then the Soviets put their agents in tailored suits and sent them to charm school and a generation of Boomers who thought security problems were something that happened to other people entered public life. Canada has been wide open since.

Who is out there? Foreign governments and non-governmental organizations alike; and sometimes they even work in tandem. While the Muslim Brotherhood is focused on infiltration, the Wahhabi Dawa is often in loose cooperation with the Saudis. China is always willing to work through kinship networks, organized crime syndicates, patriotic societies, and much else. The Russians still behave this way, so do the French and several other nations.

China and some other nations are important trading partners; but they feel no compulsion to act like Boy Scouts when looking after their own interests. Canadians must remember this.

China is among the foreign governments that work for weak Canadian patent laws; lax immigration enforcement; more student visas for Canadian schools specializing in biotechnology and advanced physics. China wants to keep Falun Gong members suppressed; while other countries also want to keep tabs on their exiles and dissidents. There are even worse actors out there.

Does anyone remember how long it took to add the Babbar Khalsa, Tamil Tigers or Hizbollah to Canada's terrorism watch list? All three groups had powerful lobbies working on their behalf.

Very few Canadian politicians or civil servants take bribes and most obey our strict conflict of interest guidelines. Their vulnerability comes from a more basic problem--politicians need votes and campaign finances, and will heed those who promise access to such things. Once the hooks are in, they stay in, and if gently played the fish might never realize what has just happened.

As the head of CSIS, Richard Fadden is fulfilling his brief to protect Canada and the lives of Canadians. He rightly assumes that this includes safeguarding the integrity of our political system. He also assumes that Canada needs an open debate on security outside of the confines of politics and special interest groups.

Fadden has spent months quietly trying to call attention to this issue. Instead of criticizing the messenger, we should be discussing the message.