Edward McMillan-Scott: We need new powers to rein in China 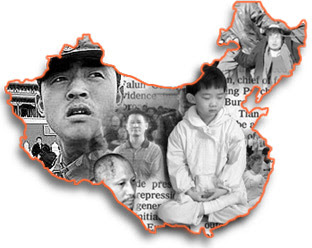 Independant UK: The new year must see an end to ruthless regimes using human pawns in international relations. After the barbaric execution of Akmal Shaikh, the first execution of a European by China since 1951, the EU's new role in foreign relations, which begins this week, must be shaped by a commitment to its values.

The argument against standing up to China is that we cannot afford to offend such a growing superpower, to jeopardise trade relations. But trade and politics have always been separate, and always will be.

The European experience with the monolithic Soviet Union during the Communist years was to name and shame its worst offences, and to do so with mounting intensity. This strategy worked and should now be applied to China. The "sophisticated" argument that China doesn't respond to Western anger carries no weight. Last week's indignant response from a Chinese Foreign Ministry spokeswoman following Western condemnation of the execution laid bare China's sensitivity to criticism. Our response should not be to shy away from voicing further criticism but to capitalise on that sensitivity and use it to apply pressure for change. Europe must ensure that its political priorities are heard as loudly in Beijing as at home.

The prominent Chinese dissident Wei Jingsheng cautioned in The New York Times last week: "We Chinese are intimately acquainted with this authoritarian arrogance." He spent 15 years in various Chinese prisons for putting up a wall poster, but was released after pressure from Washington. We must seize the chance to create a more consistent, coherent and effective foreign policy, one that sets out to co-ordinate a common European stance towards a changing China, the world's largest country and still a terror state.