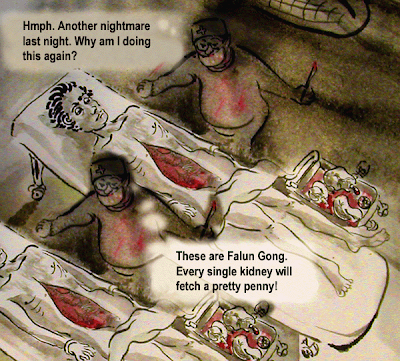 They likened the practice to the Nazi treatment of Jewish prisoners in World War II concentration camps, which included using them for sadistic medical experiments and taking the gold fillings from the teeth of corpses.

"These groups are useless to the state," Mr. Gutmann said. "They are toxic, so you can't release them. But they're worth a great deal of money in terms of their organs."

Organs from just one person can fetch a total of $100,000 on the worldwide market, he added.

"This is an abuse that can end," Mr. Matas said. "The Chinese may feel it can abuse the Falun Gong to stay in power, but it doesn't have to take their organs."