Fadden and Chen Yonglin had it right 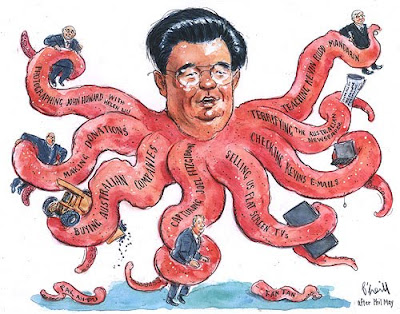 Like Fadden, Chen revealed that the tactics include putting pressure on the officials of various western governments and exchanging political benefits by economic means. He stated that one of the most effective methods used to develop influence over political leaders is to provide them with all-expenses-paid travel to China and lavish entertainment while they are there.

This method is common to all Chinese foreign missions in the West and should come as no surprise to anyone. As well, it was made known that one of their prime targets is the Falun Gong spiritual group and that influencing VIPs in thinking that they are a cult--thus discouraging any form of support and denying social programs to the group--is one of their top priorities.

Knowing the nature of the beast and its ability to erode our Canadian values, one may wonder why politicians still insist on accepting freebies from the Chinese regime and other countries without weighing the consequences. What are they thinking? If it were not for Mr. Fadden's frank talk apprising Canadians of the reality of the situation we might still be going down a slippery slope continuing to take advice from a totalitarian regime. How democratic is that? It's time to stop whining and do what's right to protect our democracy and sovereignty.