Why other countries pay for our (Canadian) politicians to visit

CBC: July 7, 2010 - I have no idea whether CSIS director Richard Fadden's concerns about any growing foreign influence on Canadian politics are valid or not.

I do believe, however, that an extraordinary number of Canadian public officials are acting in ways that are inappropriate, risky and just plain dumb in accepting lavish favours from foreign nations with questionable motives.

Especially at a time when all Western intelligence services seem to agree that global espionage is now more prevalent than even during the Cold War.

Most cases are not as dramatic as the recent Russian spy scandal in the U.S., but spying nations are increasingly aggressive in trying to recruit local "agents of influence" to advance their own economic and political objectives.

In the process, there are many favours that foreign capitals bestow on our politicians in the hunt for some future advantage.

These can range from discrete political support in local ridings, funnelled through sympathetic associations or business leaders, to glamorous hospitality junkets. 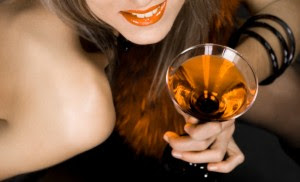 The most obvious is the all-expenses paid fact-finding trip in which one is "treated like an emperor," according to a recipient of one such China junket, former Vancouver mayor Sam Sullivan. 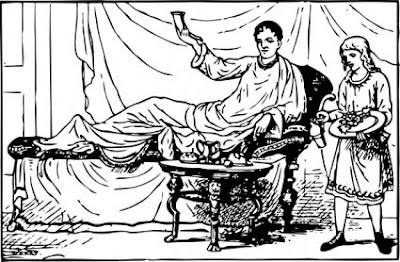 I doubt we have any clear notion how many of our elected officials revel in the hospitality of countries like China, Taiwan, Israel and a dozen others with powerful Canadian agendas.

As just the very tip of the iceberg, 53 MPs last year — many accompanied by spouses — accepted more than $432,000 in travel costs paid for by foreign governments or their lobby groups.

Provincial and municipal figures are also heavily courted this way, a point made by the CSIS director in his controversial interviews with CBC.

Let's be clear here: None of these trips are offered without the hope of influencing our politicians.

They are carefully planned, often by the host nation's intelligence arm. The generous host always seeks long-term relationships and "understandings."

We should also be clear that we're not talking about the normal and proper diplomatic courtship on the cocktail circuits or routine state visits.

We are talking about free flights, hotel rooms, banquets and tours costing tens of thousands of dollars in many cases, which go well beyond what elected officials should be pocketing.

"Sponsors wouldn't pay for travel without an expectation of getting something back," says Errol Mendes, a constitutional law professor at the University of Ottawa.

What these sponsors want, above all, is influence on our politics, trade relations and international positions. For our politicians to proclaim otherwise, as some do, carries naiveté into the realm of fantasy.

China is a relentlessly generous host and deserves special mention because the federal government and CSIS have both publicly acknowledged that it is the most aggressive nation spying on us by a substantial margin.

The Conservatives have long vowed to crack down on Chinese espionage, although much of that talk was before the recent thaw in business relations.

Good hosts: the chairman of Beijing's Olympics organizing committee, Liu Qi introduces then London Mayor Ken Livingstone at a reception in April 2006. Livingstone's China visits were later the subject of a meida storm in the U.K. (Peter Parks/Reuters)

That said, Israel and Taiwan, both very active in the world of espionage, are well up there with China at least in terms of courting potential supporters with trips.

According to the federal ethics commissioner, the Canada-Israel Committee paid more than $160,000 to host 14 MPs on one-week trips to Israel in 2009.

The committee, at least, is openly registered in Ottawa as an Israeli lobby group and it is important to note that there is nothing illegal, corrupt or against the rules of Parliament in accepting such favours from any foreign nation.

The practice is just thoroughly "reprehensible," as Senator Colin Kenny, the former chair of the Senate committee on national security and defence, puts it in a recent article in the Ottawa Citizen defending Richard Fadden.

"Fadden did Canadians a service," Kenny argues, "by pointing out that too many Canadian politicians are effectively on other countries' dole."

In fact, the issue of dubious foreign favours being lavished on our politicians is a scandal waiting to happen. Just look at what's happened elsewhere.

Two years ago, the British media had a field day when it was revealed that former London mayor Ken Livingstone enjoyed an all-expense paid, $35,000 week-long trip to Beijing, including business class travel and $1,700 a night hotel room complete with, as one newspaper described it, "rainforest show and bath master to prepare the bath and fill it with heavily oils."

A staunch defender of China's human rights record over the years, Livingstone was the mayor who allowed tough-minded Chinese security officers to run alongside the Olympic flame as it passed through the city, a strong-arm role he later admitted was "a mistake."

A far stormier scandal is currently raging in Australia over political freebies and foreign influence.

Last year the Australian government came under sustained fire when its defence minister disclosed he had received, while in opposition, two free trips to China paid for by a business concern with close ties to Beijing.

Now, it has been revealed that a quarter of Australian MPs have taken free overseas travel worth hundreds of thousands of dollars, paid for by foreign governments and lobby groups, with China the most popular destination.

This spreading phenomenon makes intelligence services nervous precisely because it's so apparently out in the open. All the big political parties play the game and remarkably few admit that our security might be involved.

Still, I sense some MPs, perhaps most, feel uneasy about these trips.

As Liberal foreign affairs critic Bob Rae described the phenomenon in a recent interview with The National Post: "Why do so many MPs go to Taiwan? Very simply: the government of Taiwan encourages people to come and finances the trip.

In fact much of the problem is that our MPs hunger after these trips because there is simply no real parliamentary budget for foreign travel anymore.

That is our insane system right now. In the 21st century, no budget to travel. Even MPs who need the expertise in foreign affairs have to wheel and deal to get on these junkets, like impoverished roadside hitchhikers.

We created this mess over the years by going into our usual moralizing routine whenever we would read of MPs and their travelling"boondoggles."

Well some were and some weren't, but at least they were Canadian boondoggles.

Now MPs are so afraid to use taxpayer dollars to study the world, they prefer the dole of other countries.

For a developed nation like Canada this is in equal parts shabby and shortsighted.

The solution is pretty simple: Parliament should first discourage, perhaps ban, all such free trips.

Then it should vote an annual and substantial budget to send MPs on serious study tours about issues that count. Let a committee work all this out in public.

Few problems of international security are ever easy to fix. This one is.

If we do nothing, those ugly suspicions of influence, and of shadowy favours given and received, will inevitably creep still further into our political system.