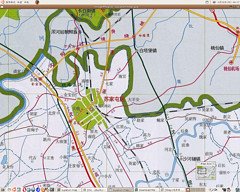 For the latest media reports on this topic look here.

Live Organ Extraction Continues while the Evidence Is Transferred

The Integrated Committee to Investigate the Secret Sujiatun Concentration Camp (ICISC) urges the international community to help stop this new genocide in Communist China. For the latest reports on this situation visit the Epoch Times website. To view this story in Chinese go here.

Abstract: Falun Gong practitioners in underground concentration camps, including Sujiatun Camp, have been secretly relocated and are subject to slaughter at any time. Meanwhile some hospitals in China have suddenly increased the number of transplant operations.

Clearwisdom.net: Since 2001, concentration camps similar to the one in Sujiatun have been set up in multiple provinces to detain large numbers of Falun Gong practitioners. In those camps, the authorities perform organ harvesting from live practitioners for sale and then cremate the remains to destroy the evidence. The atrocities were exposed to the international community in the beginning of March. Within three weeks, the underground concentration camp in Sujiatun was quickly relocated. Meanwhile, some hospitals and transplant centers in China are rushing to perform a large number of transplant operations: A slaughter to destroy witnesses/victims of the concentration camps is happening, and we urgently call upon the international community to initiate rescue programs to stop this new genocide.

To Whom This May Concern:

According to tips from Mainland China and investigations, the Chinese Communist regime hastily published the "Interim Regulation for Human Organ Transplant Practice" after the Sujiatun Concentration Camp was exposed. However, the regulation will not take effect until July 1, 2006, and thus we suspect the regime was allowing time to destroy all evidence of the crimes. All investigation has confirmed that hospitals and transplant centers in Heilongjiang, Hunan, Shanghai, Zhejiang, Yunnan, Anhui, Shan'xi and Xinjiang are operating overtime to perform transplant operations. Hospital staff members told undercover investigators that patients should come in quickly if he or she wants transplants as they can find matching organs in as short as one or two days and it will be difficult after this batch of organs are used up.

According to investigations by non-governmental organizations, the regime has set up concentration camps similar to the one in Sujiatun all over the country. The camps are suspected to specialize in detaining and secretly killing people who are steadfast in their belief in Falun Gong. The camps harvest organs from live Falun Gong practitioners for transplant. The sudden recent increase of organ supply in China is not an individual situation, but is widespread throughout the country. The Chinese Communist regime is suspected to destroy the bodily remains after organ harvesting to wipe out the evidence. We thus believe that the slaughter of Falun Gong practitioners detained in the camps is taking place at an unusually high rate!

After World War II, the international community deeply regretted that it failed to stop the holocaust and made a solemn "Never Again" promise. Sixty years later, history now gives the civilized world an opportunity to correct its past mistake. We hope that this generation can proudly say: We not only made a promise, but we kept our promise. We urgently request the U.S. government, the United Nations and governments of other countries as well as pertinent international organizations to take immediate action and activate all possible mechanisms to stop this new genocide in Mainland China. Every minute of delay will result in irremediable loss of innocent lives and will be a disgrace to the human race!

Note: The Integrated Committee to Investigate the Secret Sujiatun Concentration Camp and the Facts of the Persecution of Falun Gong in China is a civil group originated by the Falun Dafa Association and Clearwisdom website after the underground concentration camp in Sujiatun was exposed. The organization was formally established on April 4, 2006. Its mission is to form an "Integrated Committee" with all related international organizations, state agencies and media in requesting to go to China to conduct an independent, direct, interference-free investigation to collect evidence, and completely search for the truth of the persecution of Falun Gong, including the Sujiatun Concentration Camp and other secret concentration camps located elsewhere to end this 7-year brutal persecution.

DC Sujiatun Group needs your support particularly before Hu’s visit to the US.

You can help by making a few phone calls. The volume of calls is most important. The calls may be quick and to the point, for example:

Look here for their phone numbers.

Or/and send a FAX to:

bobby fletcher said...
This comment has been removed by a blog administrator.
6:36 PM

The answer is perhaps that we have to try harder to let the truth be known. It is worth taking 10 minutes to call the White house and Human Rights NGOs and write letters/faxes and ask them to hurry up with their investigation because people are losing their lives at the hands of butchers! Time is precious. It took 10 years for people to admit the holocaust.

It takes so much pressure and red tape for governments to actually go ahead and do something, but one must not lose faith. Our governments don't want to upset China either so to protect their investments. Media is the same way--a lot of the CCP tycoons have shares in our Western media. Their hands are tied.

It's not easy to stop a genocide in its tracks but it can be done.

As I see it each witness' testimony is so ever important even if their accounts are slightly different. The experts shall put every piece of the puzzle together.

China's army totals about 55 millions, so it's not hard for the CCP to move large groups of prisoners very quickly. They have 55 years of practice in that field already with mass-killings upon mass-killings which they strive to cover.(see www.ninecommentaries.com)

It's amazing what you can discover when you read up about the CCP's history. It's all spelled out in the Nine Commentaries.

Makina, I was so moved by your "try harder to let the truth be know", I decided to look for government agency that can help.

I found out that we have a consulet near Sujiatun in Shenyang. So I called them and asked them about this allegation.

They categorically deny it. If you don't believe me you can call them yoursleves.

Be sure to let them know you are an US citizen, and you wish to speak to an American officer in US Citizen's Services. Here's their phone number:

Foreign consulates have the responsiblity to provide services to its citizens, including economic, cultural, local news and events, provide advise on traveling.

They reassured me there is not concentration camp in Sujiatun, and it would be safe for US citizens to travel to that part of China.

I would recommend that you call them, they will give you a satisfactory answer.

The Consulates, embassies, including all federal departments will deny this until proven. This is far from being satisfactory!

Beijing's long arm extends to the US and Canada as well. They will give you the CCP line.

You have to demand for an inspection to be conducted soon if you really want to help.

The CCP will never admit to their crimes of genocide--how could they?

This is a great blog. I am adding it to my blogroll.

Thanks Moose. Be my guest.

bobby fletcher said...
This comment has been removed by a blog administrator.
5:02 PM

Sunday service has been at my blog, too. He seems to be running all over the internet defending a regime that has murdered seventy seven million of its own people on the ground that there is no evidence that they might be murdering more of them at Sunjiatun. He seems unimpressed by the fact that a diplomat who gave the report any credence would be promptly expelled from the country, and that the diplomatic consequences of seeming to do so would be something any government would want to avoid without absolute proof.

And absolute proof is hard to come by in a police state.

BTW, Sunday service is not a Christian. He is apparently an American who visited a congregation of the State-controlled Three Self Movement (the psuedo-Protestant mock church, which the government controls down to the sermons preached there). He claims that there is religious freedom in China, and at the same time defends the laws against religous instruction of people under 16 and the imprisonment and commitment to "re-education camps" of ministers and church leaders who refuse to take their orders from Beijing.

My experience with him is that the more he posts, the more he discredits himself. I personally banned him because he won't read rebuttals, won't engage in good-faith dialog, and was turning my blog into a means of propaganda for literally the most murderous regime in recorded history.

Oh. And he has so little sense of history that he actually believes that the genocide of the American Indians- horrific as it was- somehow makes American worse than a regime that has murdered seventy seven million of its own people as a matter of state policy. That is nearly as incredible as his refusal to see that such a track record itself automatically puts
any regime under suspicion when allegations such as the ones about Sujiatun arise.

Oh, BTW... the latest information from Chinese dissidents (some of whom, remember, claim to be eye witnesses- though from Sunday's point of view eye witness testimony isn't evidence)is that the prisoners at Sujiatun are being sent to other, smaller camps throughout China. Look for the camp to be opened for public inspection just as soon as the relocation is completed.

"Officers and staff from our embassy in Beijing and consulate in Shenyang have visited the area and the specific site mentioned in these reports on two separate occasions," McCormack said.

"In these visits the officers were allowed to tour the entire facility and grounds and found no evidence that the site is being used for any function other than as a normal public hospital."

It was nothing but a show tour pre arranged by the CCP. Of course, all evidence had disappeared before the US officials got there. No worries evidence will come up when the international investigators' team (CIPFG) show up unexpectedly.