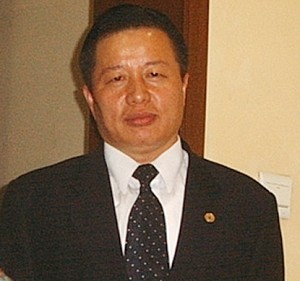 Beijing Reuters: 13 Jan. 2006 - Chinese police briefly detained an outspoken human rights lawyer on Friday after he tried to film plainclothes police tailing him, the lawyer and a colleague said.

Gao Zhisheng was taken away by four officers after he protested against constant surveillance by taking video footage of plainclothes police, Gao told Reuters by telephone hours after he was freed.

"The plainclothes officers yelled that I had violated their human rights by filming them and they called police to take me away," Gao said.

"It's a big joke as those plainclothes have been monitoring me with their video and following my family members, friends visiting me and myself since last October," he said.

China has come under fire from international groups for its "abysmal" rights record, but it says feeding and clothing its 1.3 billion people takes precedence over individual rights and that the lives of the people have improved dramatically in the past two decades.

Gao, 41, has taken on many controversial causes. He has defended dissidents, protesting workers and farmers, and more recently investigated the detention and treatment of followers of Falun Gong, a spiritual group outlawed by the Chinese government as a cult in 1999.

Late last year, Beijing authorities cancelled the licence of Gao's law firm, claiming that he failed to register a change of address.

But Gao said he was under growing official harassment for his legal activism.

"The reason they keep monitoring and tailing me is because I constantly expose the crimes committed by Chinese government," Gao said.