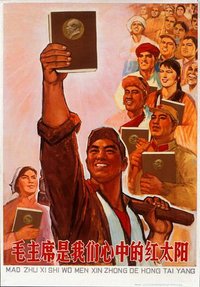 There is still time to voice your concerns to CRTC to nullify this propaganda project from Communist China. Their values are not our values!

A widely-circulated e-mail urged Canadians yesterday to protest the attempt to digitally broadcast the channels operated by a state-owned subsidiary of China Central Television.

The e-mail included an article from London's The Daily Telegraph, published in November, 2001, which reported that Beijing Television and China Central Television had produced films that glorified the 9/11 terrorist attacks in the United States.

The e-mail, from someone identified as Lucy Zhou, said the state-operated channels also broadcast that it was safe to work and travel in China during the outbreak of the deadly respiratory illness SARS in 2003.

Kristina Guenette, director of communications for the Canadian Cable Television Association, and David Purdy, vice-president of television services for Rogers Cable, said they did not screen the content of the Mandarin and Cantonese-language channels before seeking permission from the federal broadcast regulator in September to carry them.

"In terms of the politics of the channels, and whether the content is appropriate for Canada, that's something the [regulatory] approval process is responsible for," said Mr. Purdy, who added that there is demand from customers for the channels.

The Canadian Radio-television and Telecommunications Commission is expected

to rule on whether the channels can be made available by Canadian cable companies by this fall, Ms. Guenette said.

U.S. satellite TV service Echostar has been carrying China Central Television channels from mainland China for about a year, and Rogers Cable needs the programming to keep Canadian subscribers from switching to grey and black market services that pick up the U.S. signals, Mr. Purdy said.

Al-Jazeera was eventually approved for carriage in Canada, but it wasn't picked up by any cable or satellite companies because the regulator made them responsible for monitoring and, in some cases, deleting "abusive comments."

"I think it's a dangerous thing for cable companies to be vetting content," Mr. Purdy said.

A spokesperson for the CRTC would not comment on the application for the Chinese broadcasts, but a source with knowledge of Canadian broadcast policy said a situation like the one with al-Jazeera won't be repeated unless someone produces content from the broadcasts that would directly contravene Canadian regulations.

"If somebody comes forward with such proof, it could happen," he said.

The regulator's notice soliciting feedback says some of the proposed channels broadcast news and documentaries, while other carry dramas, Chinese opera, folk arts, Chinese acrobatic shows and gala presentations. Comments in favour and opposition to the channels will be accepted until Monday. Cable companies will then have until Jan. 30 to respond.