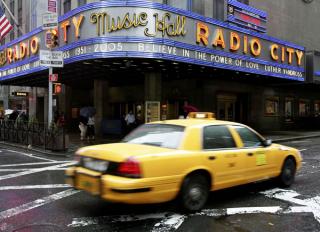 by Alison Duncan and M.Makina

Support the effort to STOP the Jan. 23rd CCTV's "Same Song" Concert in New York that symbolically celebrates the torture of Falun Gong practitioners. The time is now!

The Same Song New Years celebration was introduced here in the West for the first time this year in New York City and Toronto. The production is based on a pop song that was written in the 1990’s. Its theme is about people separated by distances sharing the same dreams and the same thoughts in a romanticized way. Sounds benign at first but the communist ideology behind the concert itself reminds me of a wolf in sheep’s clothing.

In the new China ruled by communism, you can count on the fabricated culture to be systematically designed to propagate messages that favour and glorify the Communist Party (CCP) and create united fronts. The CCP was originally a branch of the all Russian Communist Party and had the goal of completely overthrowing the old Chinese customs which revolved around the supernatural and deities.

The Epoch Times’ in-depth expose of the communist regime notes: “The Communist Party has used two-sided strategies, one side soft and flexible and the other hard and stern. Its softer strategies include propaganda, united fronts, espionage, double-dealing, getting into people's minds, brainwashing, lies and deception, covering up the truth, psychological abuse, and generating an atmosphere of terror. In doing these things, the CCP creates a syndrome of fear inside the Party members’ hearts that leads them easily to forget the Party’s mistakes.”

Here is an example of how the CCP spreads their ‘song’ of ideology. In 2003-2004 France and China had an intensive cultural exchange from the import into Paris of Chinese performers who took part in an unprecedented Chinese parade down the Champs Elysées including visits to China by French performers, and reciprocal state visits.

According to The Epoch Times in regards to this year of cultural exchanges between China and France, Chen Weiyuan, an editor for a Chinese government department, the State Administration of Foreign Experts Affairs, wrote an article titled “What the 'Chinese-French Cultural Year' Brought to Us”. Within this letter he had included the statements: «The success of the Chinese-French Cultural Year is quite an inspiration for our overseas propaganda work. Taking the approach of cultural exchange in overseas propaganda will have a far-reaching and lasting effect and will be well received by the audience…

These reports are common in a country that openly employs a massive government department in charge of propaganda. According to the US Congressional Executive Commission on China, Shi Feng, a senior Censorship Agency official, states that the Chinese authorities must “consolidate the Party’s propaganda” to ensure continued Party supervision of public opinion. One might wonder, what should the people be aware of? What is the plan for these Chinese propaganda agencies?

To repressed religious groups and political dissidents "The Same Song", which is synonymous with transformation/brainwashing, serves as an humiliating reminder of a person’s reluctant acceptance of the brainwashing after tremendous physical and mental torture.

The Clearwisdom.net website, which documents the persecution against Falun Gong, reveals the almost science-fictive element that: “whenever the song was heard in a prison cell, everyone knew that a Falun Gong practitioner could no longer stand the brutal beating, endless physical and verbal abuse, and other torture, and had written a statement promising to give up the practice. Many of the practitioners would cry after succumbing to the pressure against their conscience, while the police and their helpers would use "The Same Song" to celebrate the success of the brainwashing.

As soon as the persecuted practitioners gave in, the perpetrators who beat and cursed them would start to sing and smile at them, as if everything the practitioners went through was to “welcome this moment of joyous gathering”.

Ms. Ding recounted in her testimony that whenever a practitioner was unlawfully sent to a forced labour camp or brainwashing class, the practitioner is given a copy of the "The Same Song." "They then force you to sing; if you don't open your mouth, they will beat you," she said.

Another Falun Gong practitioner, Ms. Sun, who was once arrested in China and now lives in Canada, recounted her experience in China. "I was sentenced to a forced labour camp in July, 2001. Due to the brutal torture, my jaw was dislocated. On the third night, I couldn't bear the suffering and pressure anymore as my brain became numb due to lack of sleep. Eventually, I was forced to sign a guarantee statement to promise that I wouldn't practice Falun Gong anymore. After I signed the letter, they started to sing 'The Same Song.'

What a reality check it is to think that the regime is capable to not only convince the world that it is glorious and that its crimes against humanity should be forgotten, but it is able through calculated tactics of convincing even the people within the torture compounds that their own persecution is even great. They are even ordered to thank the torturers afterwards.

The Falun Gong and supporters, through various humble means, are stepping up the effort around this event to enlighten people about the tactics of the regime. Otherwise, they believe, the viewers and the collaborators of the event would be in danger of becoming tools in the CCP’s game of conquering and deceiving innocent people.

With a move like this are the Communists not saying to Falun Gong and all free thinking individuals that nothing can stand in the way of their false glory and domination?

The CCTV Same Song event was strategically booked in at the same location and at nearly the same time as the New Tang Dynasty TV (NTDTV) Global Chinese New Year Gala and enjoys a wider range of publicity.

NTDTV describes itself as an international, independent and non-profit Chinese language television station. The station employs over 60 reporters in more than 50 cities around the world and is currently available in North America, Australia, Asia and Europe, reaching over 200 million viewers worldwide. NTDTV has been banned from broadcasting in China by Beijing. Nevertheless the station is popular enough to put a thorn in the side of the CCP, a party that survives by spreading the “party line” to people inside and outside China. The NDTTV Gala , as part of a worldwide tour, is set to go on in New York on Friday, January 20, with two shows on the 21st while the CCTV celebration is scheduled to be presented on Monday, Jan. 23rd. Both shows are taking place at the Radio City Music Hall in New York City.

This is another golden opportunity to voice your concerns by writing to the Chairperson, Mr. Charles Dolan, at Radio City Music Hall before Jan. 23rd and ask to have the "Same Song" concert cancelled. Fax: 212-465-6014. Or contact anyone on the list below. You don’t have to be from New York or the US to participate--there are no boundaries when it comes to protecting human rights. One phone call, one e-mail or one fax goes a long way. Remember their offices might be closed for the weekend so it’s best to get in touch with them ASAP. So let’s focus our efforts on keeping this Communist propaganda out of our cultural events on the basis of humanitarian grounds. Their communist values are not our values. The time is NOW! Many thanks for the ongoing support.

BTW...are you thinking of going to the gala...NTDTV that is. Look here for details.

Epoch Times: The Same Song: A Politically Motivated Show Spawned by the CCP's Ministry of Culture