The Great Firewall of China 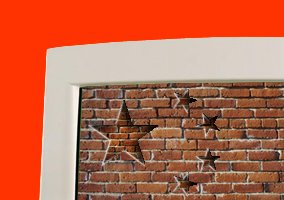 The Great Firewall of China
By Becky Hogge

Open Democracy, 03 Aug. 2005 - In December 1993, talking to Time magazine, technologist and civil libertarian John Gilmore created one of the first verses in internet lore: “The net interprets censorship as damage and routes around it”. But according to a report published by George Soros’s Open Net Initiative (ONI), the Chinese government are doing a great job of disproving this theory. On 11 May, Google announced it would set up shop in the People’s Republic by the end of 2005. What can this mean for the citizens of China, and the citizens of the internet?

The Chinese effort to censor the internet is a feat of technology, legislation and manpower. According to the BBC, which is almost completely blocked within the “great firewall of China” (as it is known among techies), 50,000 different Chinese authorities “do nothing but monitor traffic on the internet”. No single law exists to permit this mass invasion of privacy and proscription of free speech. Rather, hundreds of articles in dozens of pieces of legislation work to obfuscate the mandate of the government to maintain political order through censorship.

According to Internet Filtering in China in 2004-2005: A Country Study, the most rigorous survey of Chinese internet filtering to date, China’s censorship regime extends from the fatpipe backbone to the street cyber-café. Chinese communications infrastructure allows packets of data to be filtered at “choke points” designed into the network, while on the street liability for prohibited content is extended onto multiple parties – author, host, reader – to chilling effect. All this takes place under the watchful eye of machine and human censors, the latter often volunteers.

The ramifications of this system, as the ONI's John Parley stressed when he delivered the report to the US-China Economic and Secutiry Review Commission in April, "should be of concern to anyone who believes in participatory democracy". The ONI found that 60% of sites relating to opposition political parties were blocked, as were 90% of sites detailing the Nine Commentaries, a series of columns about the Chinese Communist party published by the Hong Kong-based Epoch Times and associated by some with the banned spiritual movement Falun Gong.

America's most popular Internet companies are helping China crack down on free speech.

Salon.com: About once a month executives from China's Internet news sites gather in a small meeting room on the first floor of Beijing's Information Office, where a government official tells them what not to report. China's Internet giants all send representatives, as does the China branch of one of America's best known icons: Yahoo. The visitors take notes and ask few questions.

On especially sensitive days, the speaker is the office's director, Wang Hui, a woman whom an attendee of the meetings describes as pleasant and informal, with her hair cut short in the classic style of a Chinese bureaucrat. "Her demeanor is friendly," says the attendee, who requested anonymity because describing the meetings could lead to arrest. "We have known each other for a long time, and our companies are very cooperative."

The meetings are part of a system of Internet censorship that combines technological filters, human monitors and threats of detention to systematically suppress political speech.
Posted by MaKina at 12:50 AM