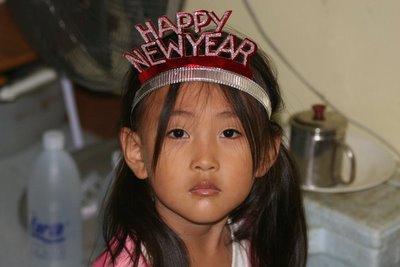 Huang and seven other Falun Gong practitioners were taken to the detention center on December 15 while conducting a peaceful protest across the street from the Chinese Embassy in Bangkok. Practitioners in Thailand had been demonstrating in front of the embassy since December 6 to condemn the rape of two female Falun Gong practitioners by a Chinese policeman in Hebei province, China. The appeal was part of a worldwide protest.

Human rights experts and legal counsel have advised that the grounds for the arrest are unwarranted and in violation of Article 38 and 44 under the Thai constitution guaranteeing the right to be "protected from any act of the State, which is derogatory to his rights… on the grounds of professing a…creed” and that “Every person shall enjoy the liberty to assemble peacefully and without arms."

Huang, whose entire family suffered extreme persecution in China, was twice sent to a labor camp and tortured extensively. His wife was persecuted to death while she was three-months pregnant. After spending over two years in detention and doing forced-labor, Huang managed to escape to Thailand, where daughter Ying eventually joined him. Both are under the protection of the UN High Commission for Refugees.

Last week, the government of New Zealand accepted both father and daughter who will leave today from Don Muang Airport, on Thai Airways 989, departing at 17.20.

You have an incorrect picture posted. That is not a picture of Huang Ying. No worries though.

The little girl picture you have is another practitioner's daughter. Her mother was also arrested by Thai police due to pressure from the Chinese Embassy. She has been released and the family was sent to a 3rd country already.

Thanks for the posting.